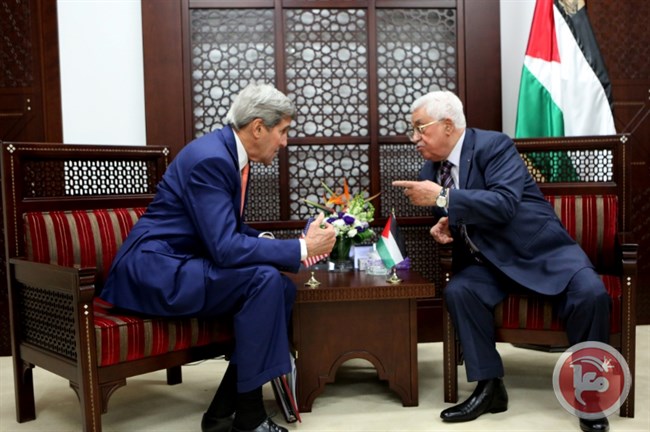 PLO President Mahmoud Abbas met with Secretary of State John Kerry in Ramallah on Tuesday hours after Kerry met with Israeli Prime Minister Bibi Netanyahu during a visit to the region.

Abbas stressed the release of a fourth group of Palestinian prisoners detained before the Oslo Accords, with both Kerry and Abbas agreeing to ongoing communication.

Kerry said following the meeting that the US was “committed to two states with two people, living side by side in peace and security.”

“I know that the situation for Palestinians in the West Bank, in Jerusalem, in Gaza is, at this moment, very dire, that there are extraordinary concerns, obviously, about the violence,” he added.