For almost thirty years Operation Open Curtain has been at the forefront of saving and building Yiddishkeit in Russia. Founding directors Reuven Dessler, Harry Mayer and Neal Nissel are wont to regale friends of the complete dedication, achrayus and concern that Rav Elya Svei displayed towards Open Curtain since he established the organization, up until his last years, all the while leading and guiding it like a loving father. The mantle of rabbinic leadership has since been assumed by Rav Shmuel Kamenetzky, whose active commitment and indefatigable leadership includes participating in the organization’s annual summer Moscow Mission, in which countless balei batim join the Rosh Yeshiva and his rebbetzin for a remarkable chizuk trip to strengthen Open Curtain’s activities.

Recently, Rav Kamenetzky felt it was necessary for a younger generation of baalei batim join the leadership of Open Curtain, and called upon Nesanel Davis, Yaakov Gade and Yoni Klein to become active board members. With remarkable achrayus, the three of them joined forces with the founding board of directors along with Rabbi Shlomo Noach Mandel, and began working on ideas as to how Open Curtain could not only continue its amazing work, but expand and reach those who so vitally need it.

One of the first steps was to hire an executive director to oversee the activities and ensure utmost success for the organization. Just a few weeks ago, with the unwavering commitment of Rabbi Sroy Levitansky of Beth Medrash Govoha, Rabbi Binyomin Schonblum was hired. Former director of Ohr Somayach International, Mentor Missions, Rabbi Schonblum brings experience, professionalism and creativity to this iconic organization.

Jumping on this momentum, an initial two day trip to Moscow by the board members and Rabbi Schonblum was quickly arranged. Rabbi and Mrs. Betzalel and Devoiri Mandel, Rov and director of Ohaley Yaakov Center arranged the visit. Ohaley Yaakov can be considered Open Curtain’s nerve center in Moscow, as aside from hosting its Moscow offices, this amazing Torah enclave hosts the Moscow community kollel, myriad daily shiurim, numerous chavrusah programs and a wildly popular avos ubonim.

The delegation first met for shachris at Ohaley Yaakov. Davening was followed by a breakfast together with key shul members, who relayed their excitement with the current status and their desire for the community to continue to grow. Many challenges and ideas were discussed.

Visiting the classes at Cheder Reishis Chochma, a new school opened to cater to the needs of the frum community, the group observed the sincerity and vigor of the rebbeim and morahs, and the youthful thirst of the almost seventy tinokos shel bais raban currently enrolled in the school. The apparent laser focus of famed school director Mr. Lipman, a baal teshuva whose experience in the Russian educational system is legendary, seemed to trickle down to the entire cheder. The contingent then visited Etz Chaim Day School and its some 500 students, receiving an in depth tour of its system and workings by limudei kodesh director Mrs. Esther Shustin. This school was started by Open Curtain some thirty years ago and continues to be a most influential kiruv tool alongside Open Curtain’s incredible Etz Chaim summer camp. Following this visit, the group had lunch with Rabbi and Mrs. Betzalel Mandel and discussed past, current and future state of Open Curtain. A visit to the vibrant kindergarten program which is now housed in the former cheder building, was another indication of the rapid growth and vibrancy of the community.

After attending a midday bris at the famed Choral Synagogue and seeing so many young frum couples and students in attendance, a meeting was held with the Chief Rabbi of Moscow Rabbi Pinchos Goldschmidt and Yosef Susaikov, director of the kehilla. Following a visit to the community mikvah, the group went over to the recently purchased building adjacent to the Choral synagogue. The kehilla has begun using some of this space already. The office of giyur/yichus records has moved there and the people who were occupying space at the current Cheder Reishis Chochma building have moved there as well, enabling the cheder usage of its entire building. A meeting with Alexander Males, an influential baal habayis, ensued at his office. He relayed how it gives the locals strength when they see American baalei batim joining in taking the necessary responsibility for the success of the Moscow kehillah.

The delegation was given a tour of Open Curtain’s Shabbos apartment by the two dedicated madrichot who room there. They recounted the amazing Shabbosim, Yomim Tovim and other events that they host at the apartment for the girls who live outside of the community. A heart rendering yet heartwarming visit to the orphanage ensued. The remarkable dedication of the morahs and counselors was evident on the smiling faces of the children.

Meetings were also held with the Chief Rabbi of Russia Rabbi Berel Lazar and Rabbi Yitzchok Kogan of the local Chabad community.

A lavish farewell dinner was held at Ohaley Yaakov together with its board members, who discussed their challenges and successes, as well as ideas on how to expand activities.

As the visitors were departing Ohaley Yaakov, they witnessed Ohaley Yaakov’s year-round sukkah structure being transformed into Russia’s only hand shmura matzah bakery.

The delegation couldn’t help but be inspired by the sincerity, interest and passion of Russian Jewry, as well as the heroic efforts of the rabbonim, rebbeim, morahs and mekarvim who continue to make Operation Open Curtain’s dream a reality. The dedicated Operation Open Curtain team is excited to continue rising up to the challenge of ensuring that the programming, resources and manpower are there to match the ever growing needs of Russian Jewry. An exciting new chapter in Russia’s Yiddishkeit is currently being written, and a growing number of volunteers are pumped and primed to be part of this exciting resurgence. 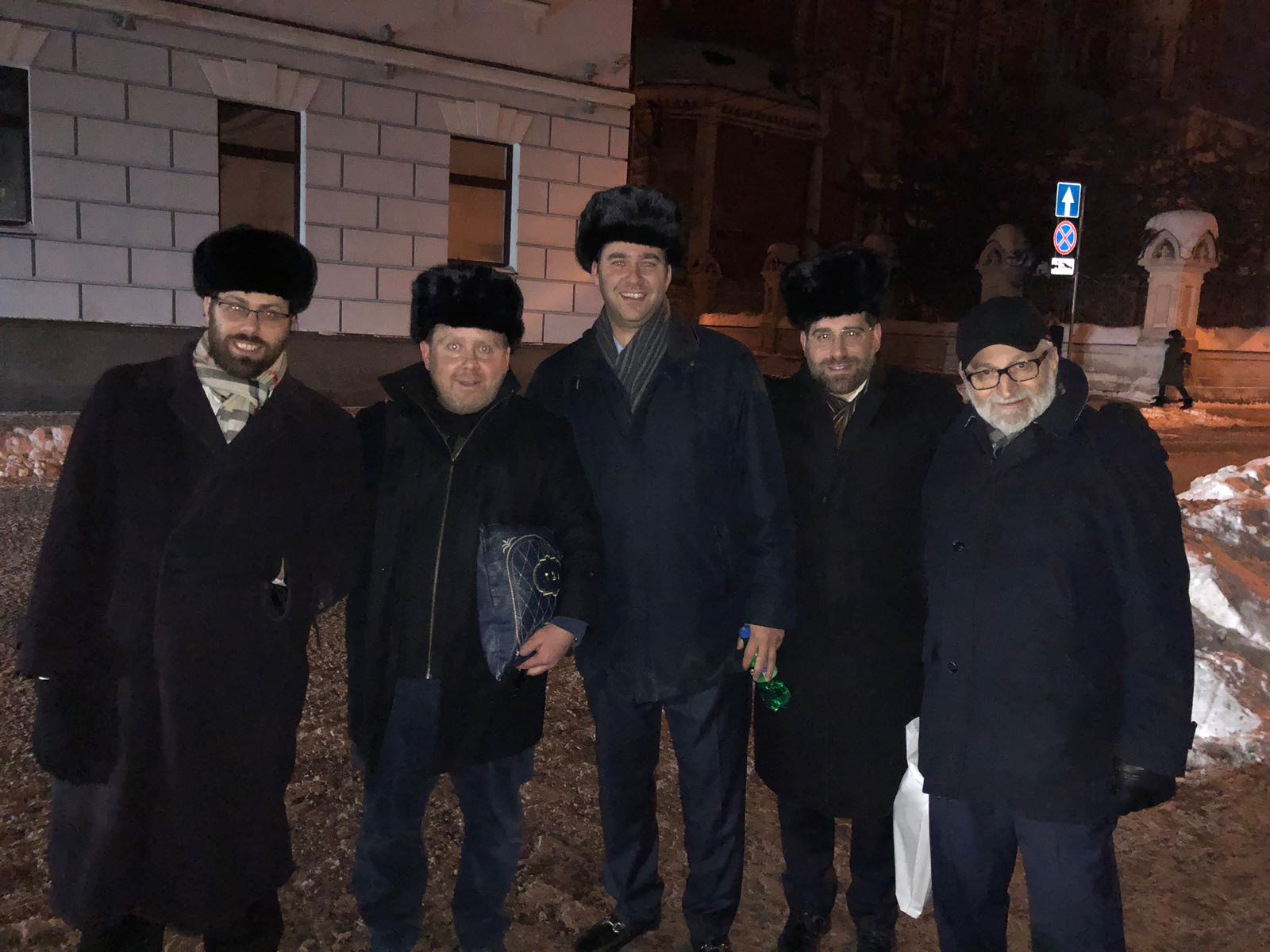 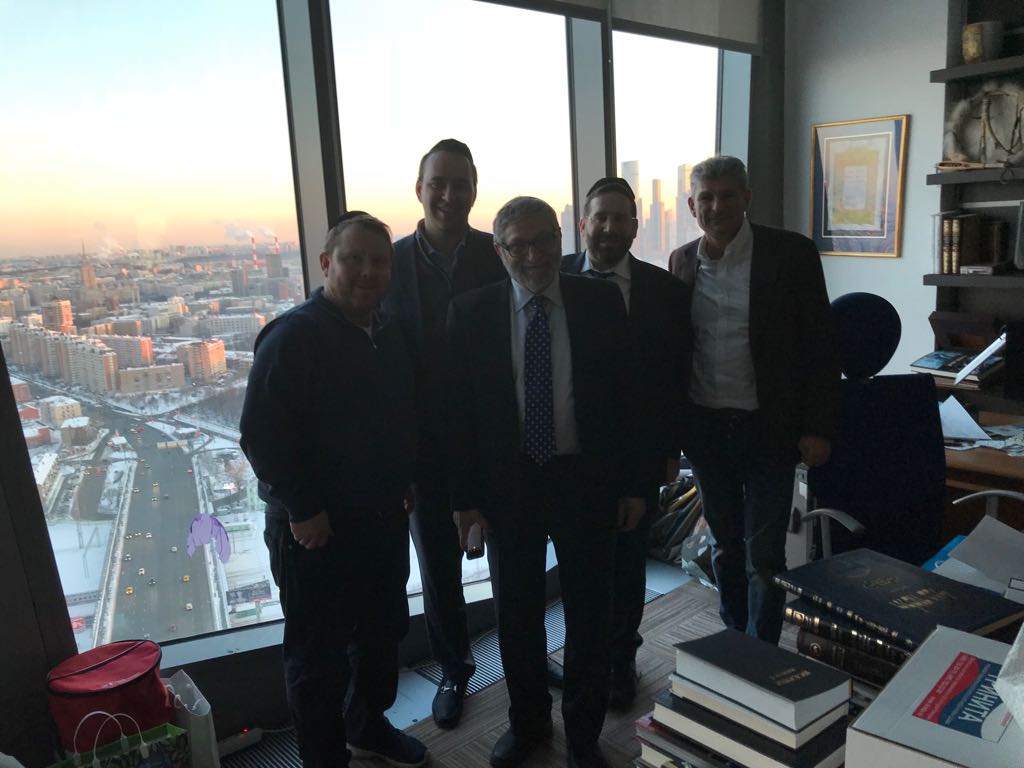 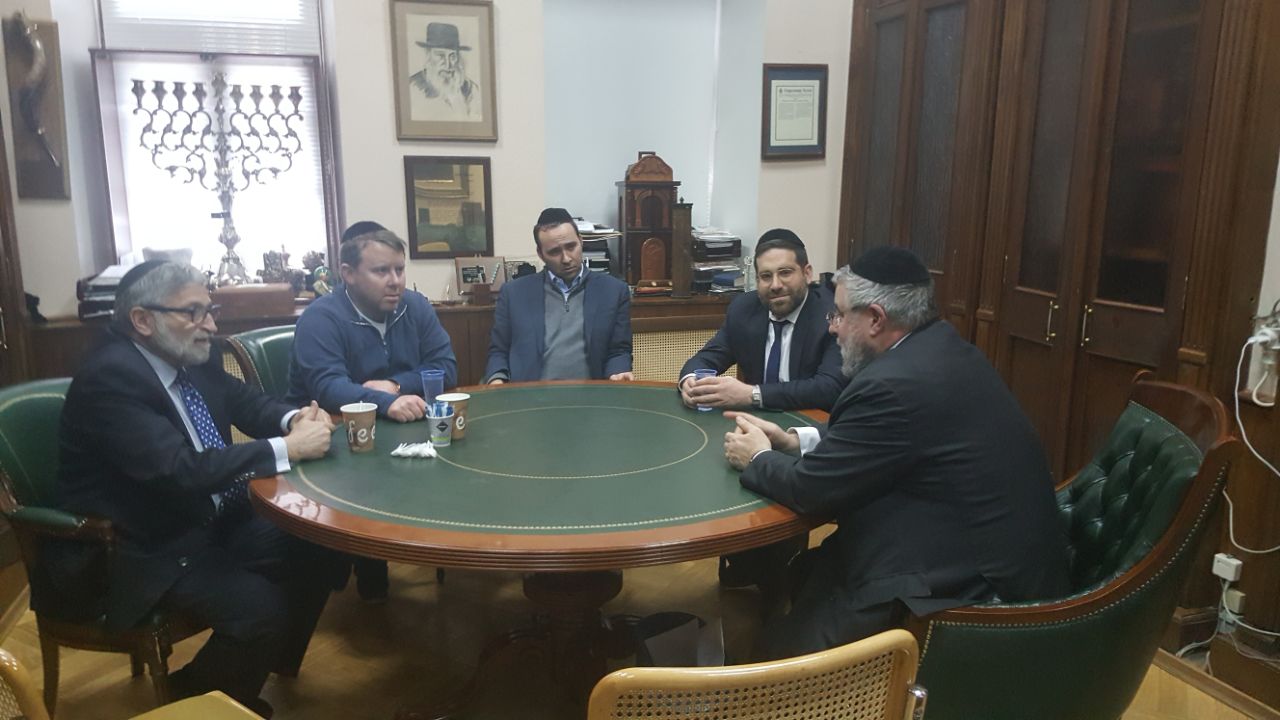 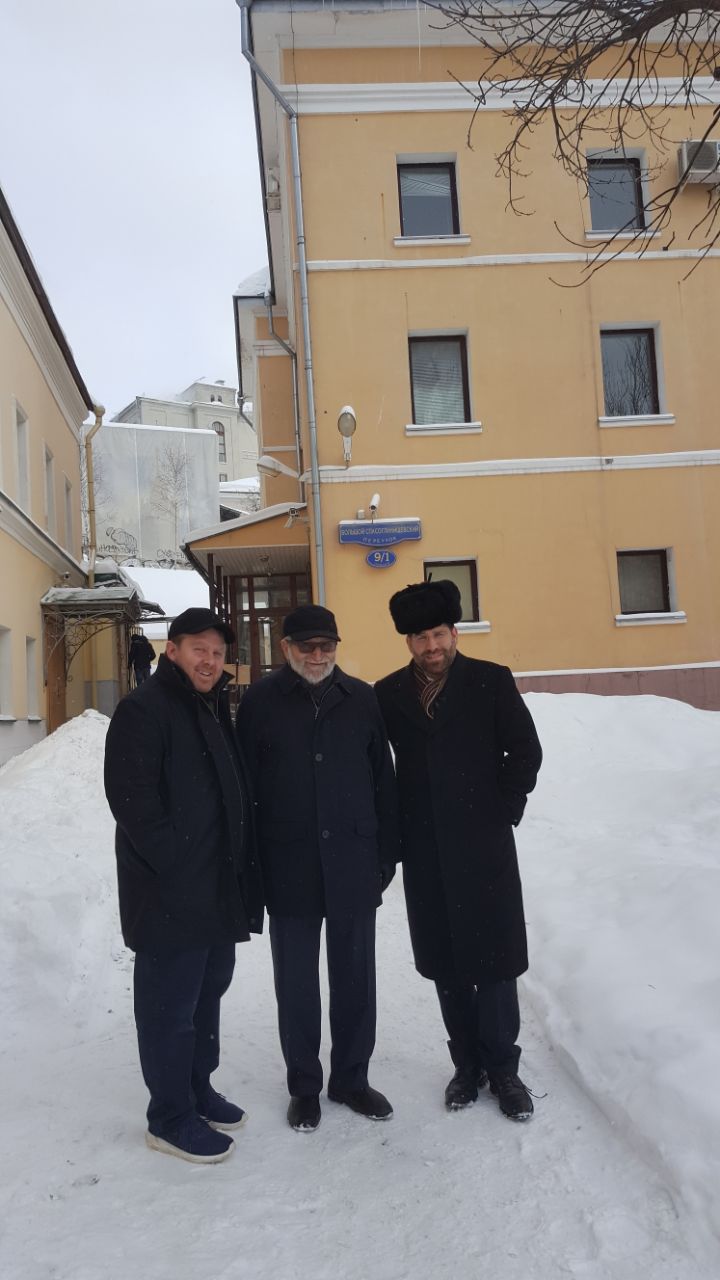 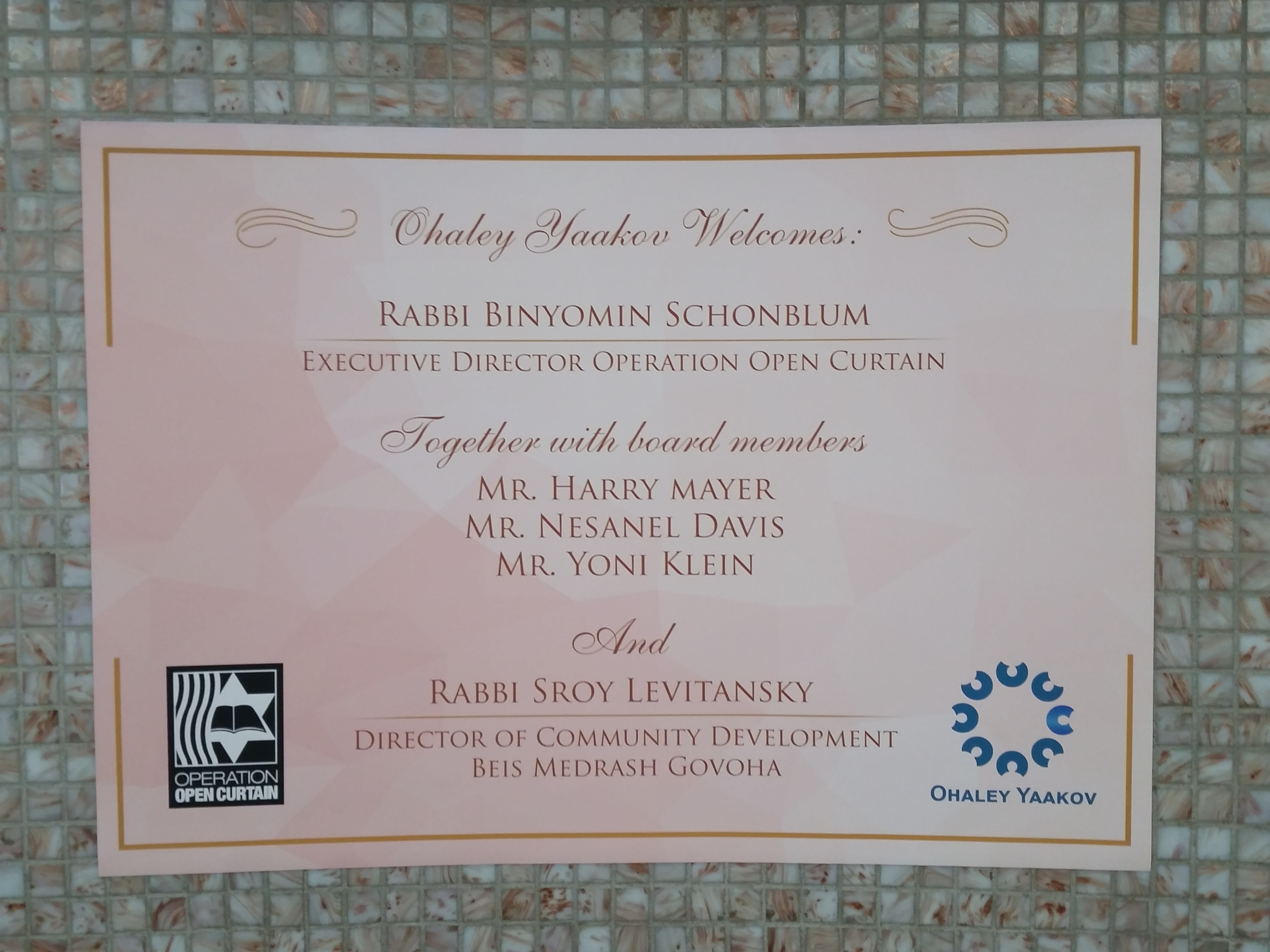 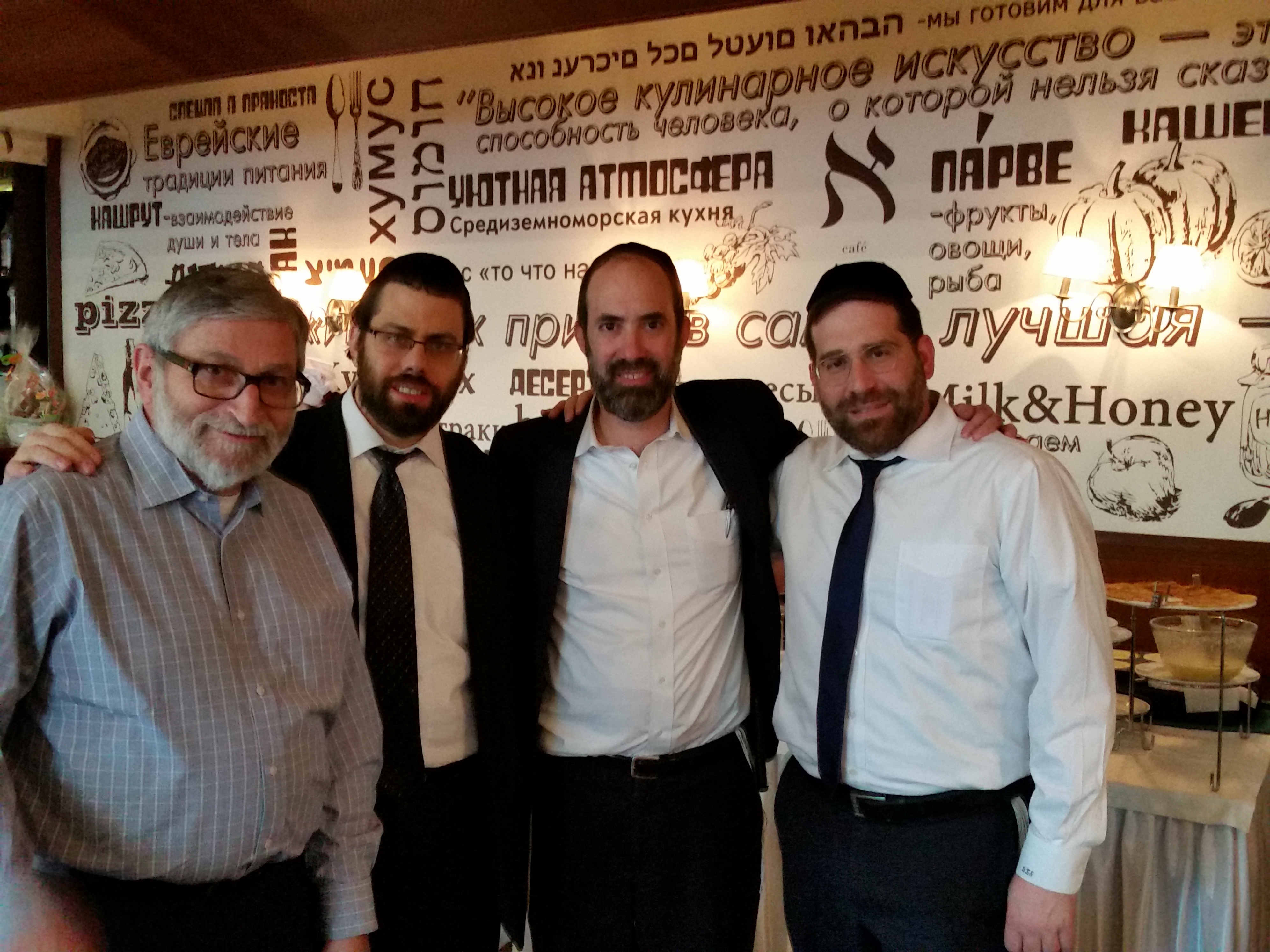 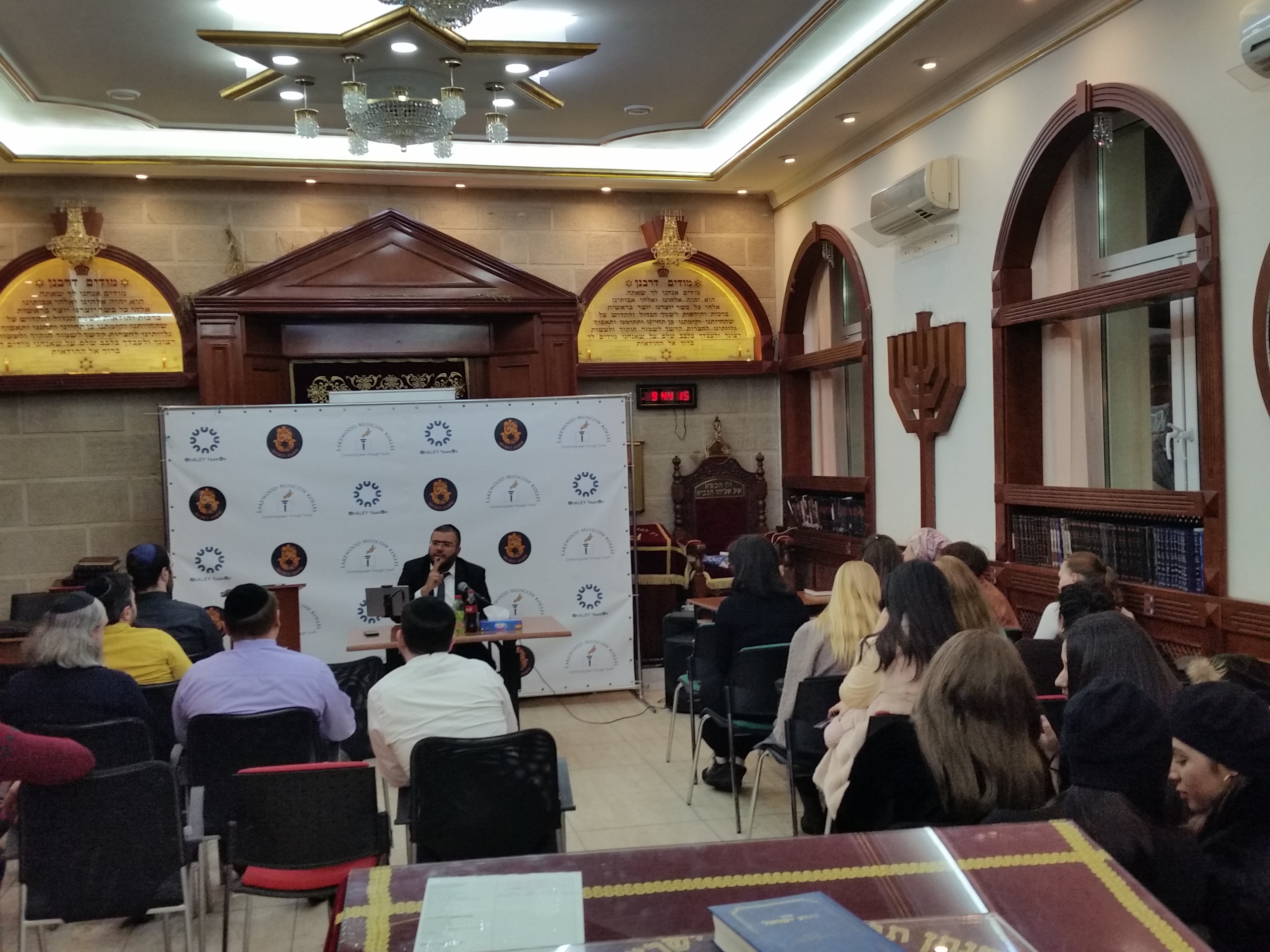 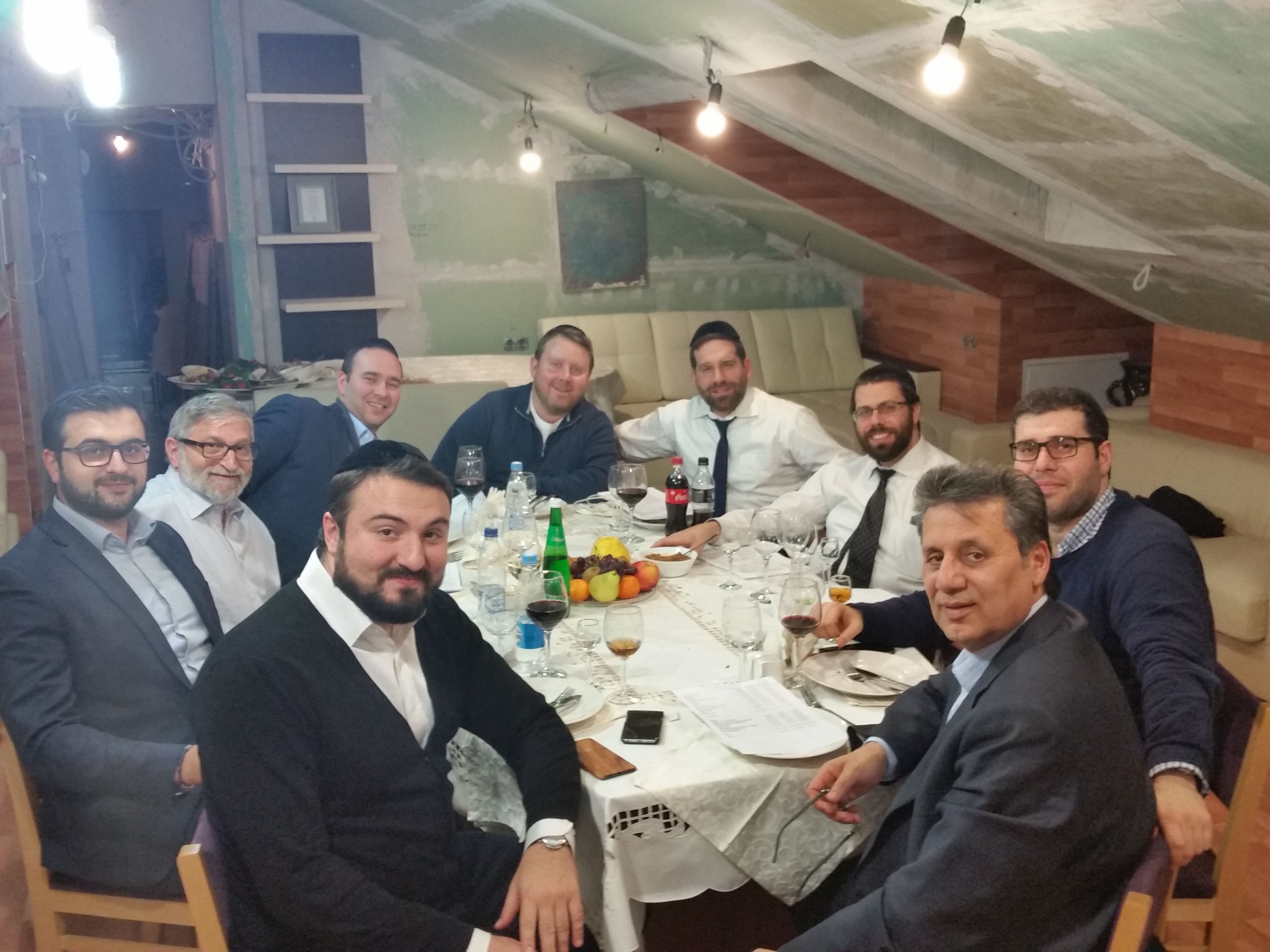 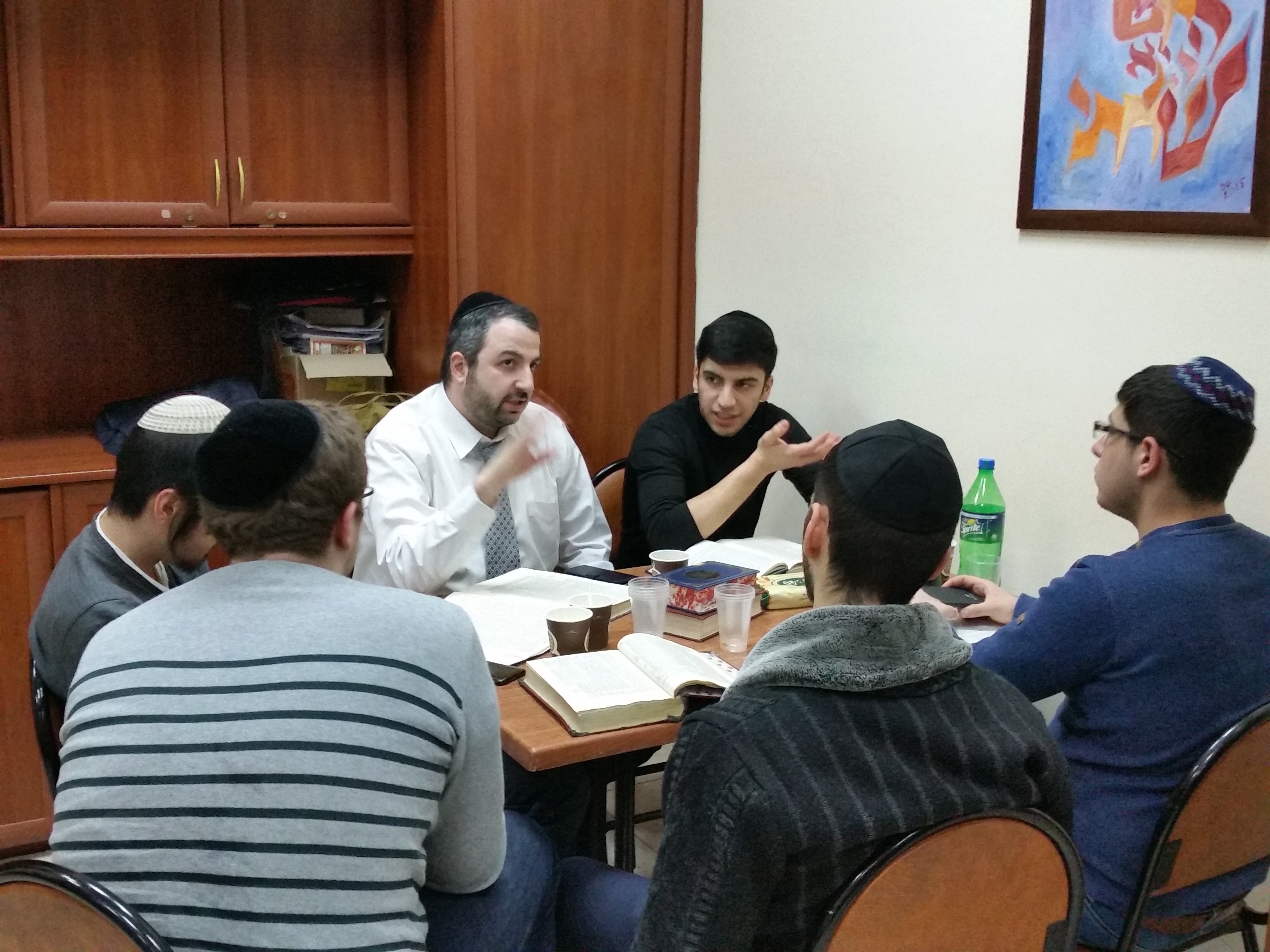 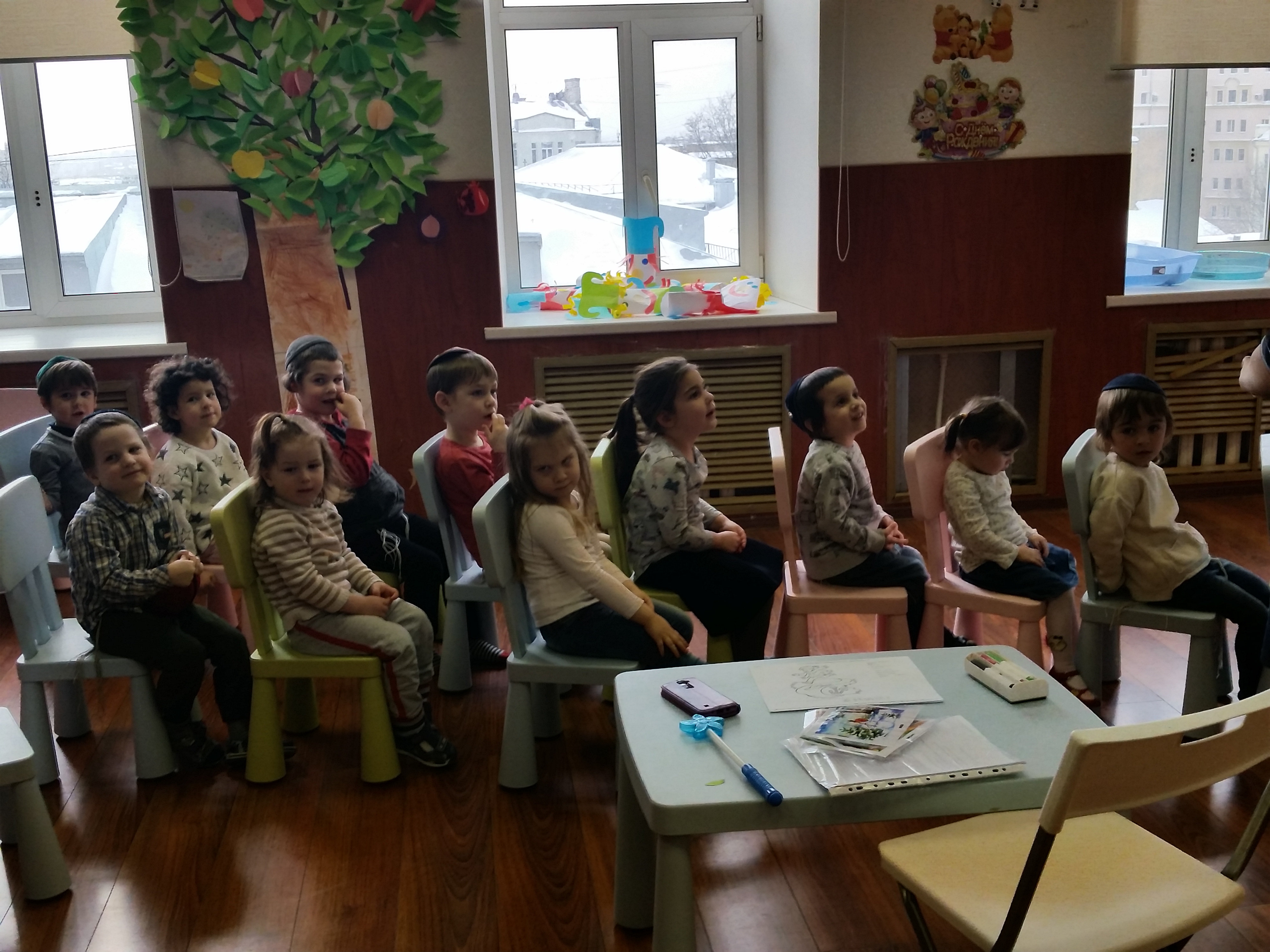 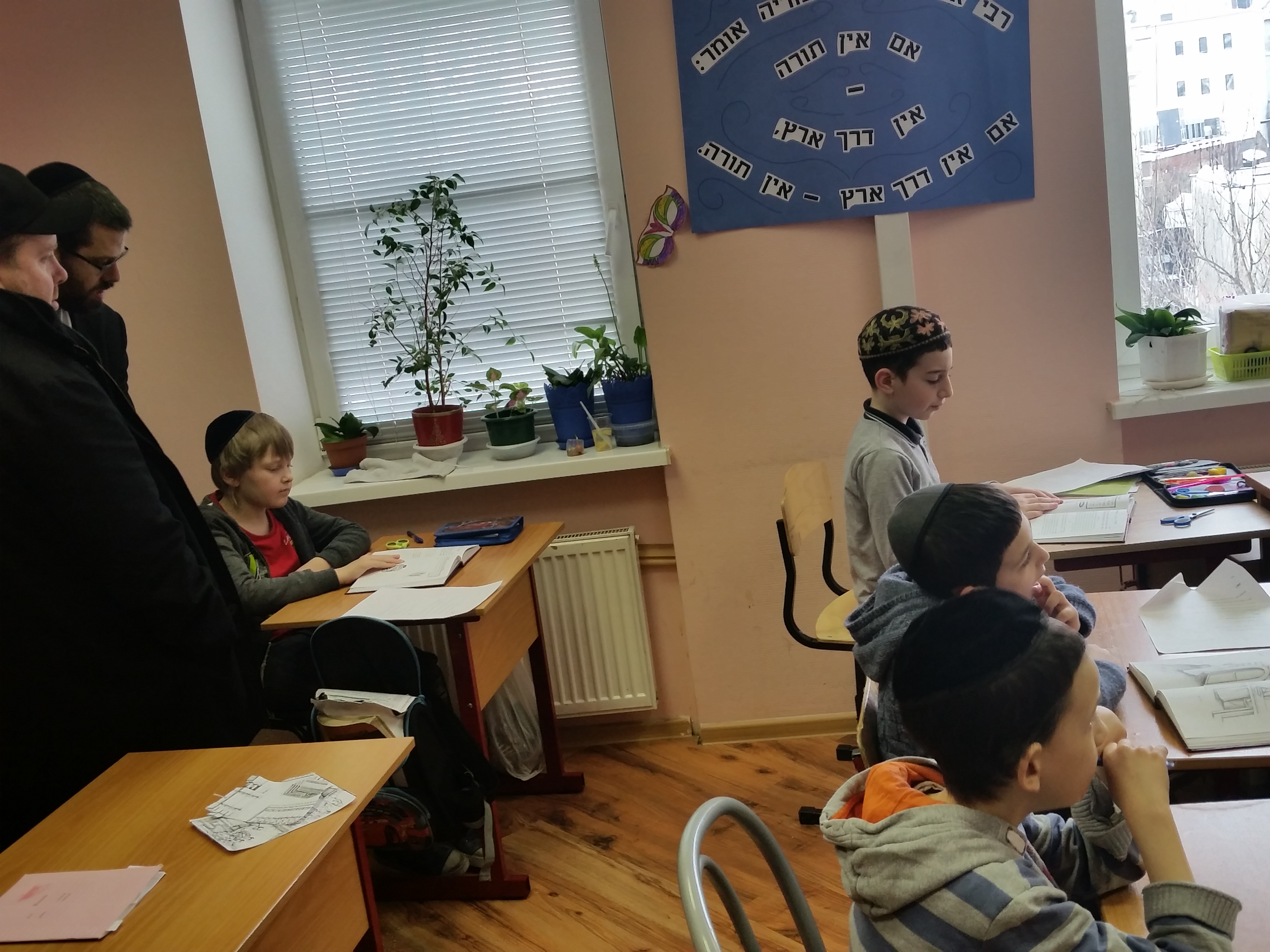 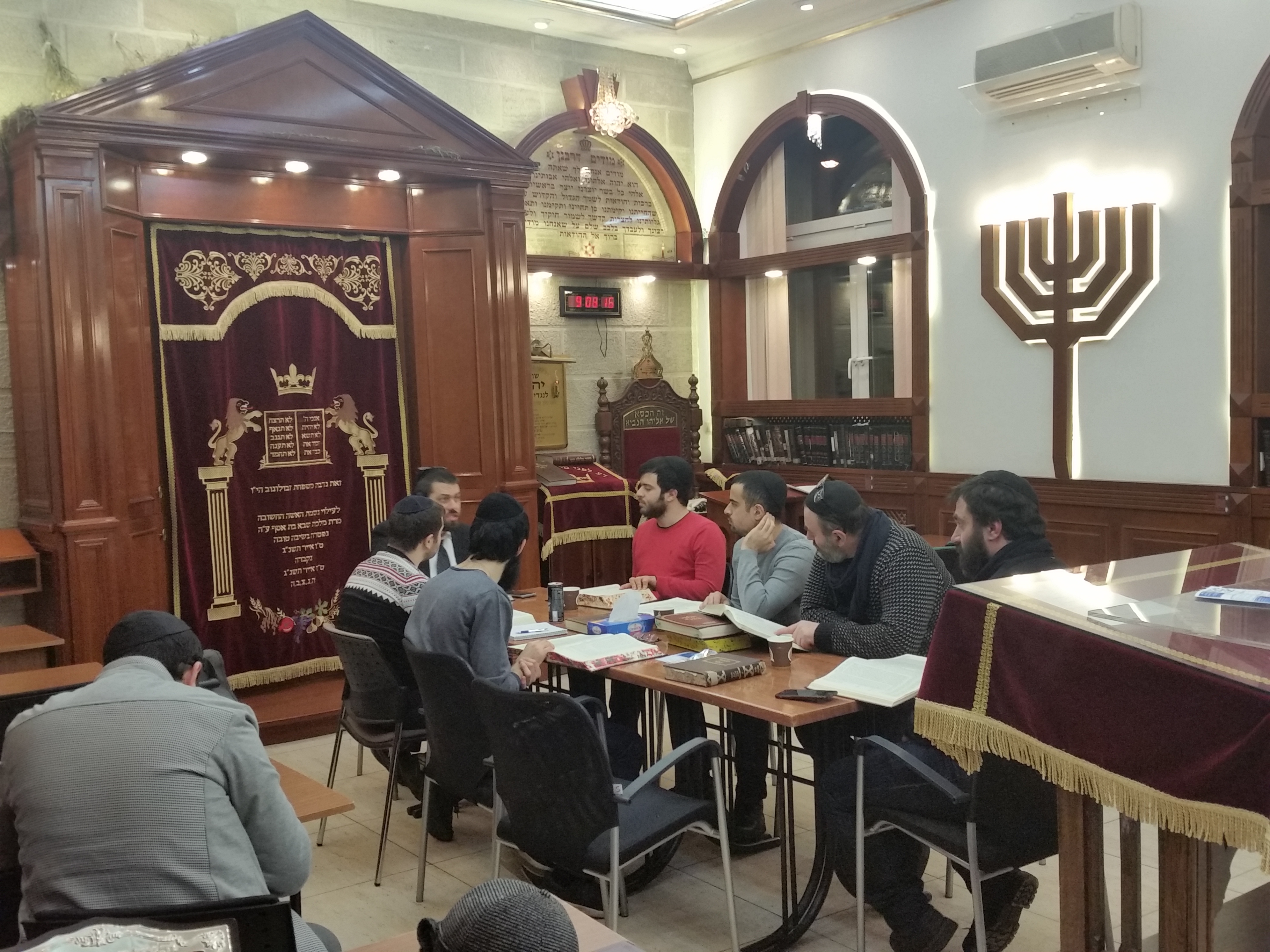