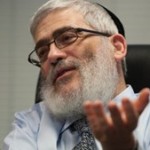 has admitted to financial difficulties while facing a $55 million lawsuit.

Gutnick, who made his fortune in diamond mining and lost his place on BRW’s Rich list after ranking 196th last year, says he has been unable to pay rent.

The Herald Sun has reported Gutnick and his company are being sued by Indian Farmers Fertiliser Cooperative for a total payment of $US40.4 million, plus interest, over an agreement to set up an entity to take on Incitec Pivot.

The final award was issued by the Singapore International Arbitration Centre earlier this year.

Sources have said Gutnick must win the court case as the company would not be able to pay a judgement not in their favor, despite an estimated fortune of $250 million last year.

Gutnick has denied any wrongdoing.

“Diamond and gold prices will definitely rise in the future,” he said. “It is well known that it’s difficult times for the resources industry and it affects me as well.”

Gutnick also said he is confident the resources sector will bounce back.

The company’s lawyers say that the award should be set aside as it conflicts with the International Arbitration Act.