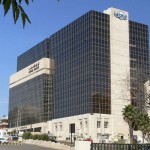 The 2nd U.S. Circuit Court of Appeals in New York on Tuesday ruled that non-U.S. citizens whose families were victims of terror attacks in Israel could not be compensated by Arab Bank Plc, the Jordanian bank they had claimed supported Palestinian terror attacks.

The court upheld a 2013 appellate court ruling that dismissed American lawsuits filed against Arab Bank. The three-judge panel said that under the Alien Tort Statute of 1789, it appears that Arab Bank does not have corporate liability for the terror attacks. Judge Robert Sack said that even if corporate liability exists, the circuit court cannot overrule the law set by the lower court.

Arab Bank said that claims by more than 6,000 plaintiffs were affected by the ruling. The latest ruling marks a setback for terror victims and a shift in momentum in the case, after a Brooklyn district judge in April had rejected the bank’s bid to overturn a verdict by a jury that found it liable for supporting terrorism against Israelis.

The bank was originally sued by the victims of 24 terror attacks in Israel that have been blamed on the Palestinian terror group Hamas. The plaintiffs accused Arab Bank of providing Hamas with material and financial support. The case marks the first time in U.S. history that a bank has stood trial over charges stemming from the Anti-Terrorism Act, which enables American victims of U.S.-designated foreign terror groups to seek compensation.