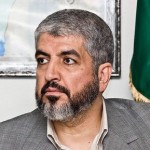 Jordan has reportedly rejected a request by Hamas leader Khaled Mashaal to visit the kingdom.

According to sources within Jordan, the countries authorities told Mashaal that he is currently “unwelcome” in the country.

“The decision to prevent Mashaal from visiting Jordan is now politically motivated,” the sources said.

Mashaal was expelled from Jordan in 1999 and has resided abroad in a number of Arab states including Syria and Qatar. The Hamas leader was hoping to visit Jordan and congratulate senior Muslim Brotherhood official Zaki Bani Ershaid, who is scheduled to be released from jail in January.

The Muslim Brotherhood, which was declared a terrorist organization in Egypt, Saudi Arabia and United Arab Emirates, is the most organized and powerful opposition movement within Jordan and is viewed as a potential threat to King Abdullah.