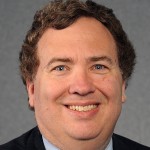 This past week, just as Prime Minister Netanyahu strove to repair relations with the Obama administration and the Democrats, a Jewish former State Department official was busy trying to throw a monkey wrench into the works by publicly embarrassing the Israeli leader. It was a shameful display of pettiness that can only undermine Israel’s well-being.

Netanyahu’s harasser this week was David Makovsky, former senior aide to Martin Indyk, the Obama administration’s Middle East envoy. Indyk’s was well known for pressuring Israel to make one-sided concessions to the Palestinians, and then blaming Israel through anonymous leaks if that country did not give in to his demands. Makovsky was Indyk’s right-hand man.

The Israeli prime minister spoke at the Center for American Progress, a leading liberal Washington, D.C. think tank, on November 12, in a concerted effort to reach out to the Democrats. But some people were determined to block this olive branch. The Washington Post reported: “David Makovsky, a fellow at the Washington Institute for Near East Policy, asked the Israeli leader what his ‘Plan B’ was to preserve Israel as a majority Jewish, democratic state if Palestinian and Israeli leaders cannot agree on restarting peace talks.”

First, Israel is already a “majority Jewish, democratic state.” Twenty years ago, the Israelis withdrew from the areas where 98% of the Palestinians live. Israel’s forces retreated from the cities of Nablus (Shechem), Jenin, Qalqilya, Ramallah, Bethlehem, Tulkarm, Jericho, and almost all of Hebron. Later, they withdrew from 100% of Gaza.

But critics of the Israeli government, such as Makovsky, don’t like to admit that the occupation of the Palestinians ended in 1995. They prefer to pretend that Israel is still in danger of losing its Jewish majority. That way they can keep bashing Netanyahu.

Second, to say that “Palestinian and Israeli leaders cannot agree on restarting peace talks” is to say that both sides are to blame for the lack of talks. Israel is ready to talk anywhere and at any time. The Palestinian Authority refuses to talk at all. But pretending otherwise enables Makovsky to slam Netanyahu again.

This kind of “evenhanded” blaming of Israel and the Palestinian Authority–putting the victim and the aggressor on the same moral plane–is old hat for Makovksy.

For example, in a March 30, 2015 op-ed on Politco.com, he asserted that both “the Israelis and Palestinians are engaged in a new game of chicken” and are both on “a self-destructive path.” Likewise, in a May 2015 speech at Bar-Ilan University, Makovsky declared that there has been no “progress” in the peace talks because both Israeli and Palestinian leaders are “risk averse.”

Despite all his years observing the Middle East as a reporter for Haaretz and a Washington think tank wonk, Makovsky still doesn’t grasp the fact that the Palestinians, not the Israelis, are to blame for the absence of peace.

And he still doesn’t recognize the folly of demanding that Israel must make concessions unilaterally. Toeing the old State Department line even thou he has (at least for now) left the State Department, Makovsky keeps coming up with new lists of concessions that the Israelis should make. In that Politico op-ed last March, he demanded that Israel unilaterally freeze Jewish construction in most of Judea-Samaria. Funny, he never calls on the Palestinian Authority to freeze Arab construction in those areas.

And in a June 25, 2015 op-ed in the Washington Post, he called on the Israeli government to “allow 100,000 Gazan workers into Israel.” Imagine what Israel would be like if Makovsky’s advice had been heeded. Imagine how many more stabbings and car-rammings Israel would be enduring if 100,000 Hamas-indoctrinated Arabs from Gaza were working in Israel’s cities.

Perhaps that’s how Prime Minister Netanyahu should have replied to Makovsky’s hostile question this week: “Mr. Makovsky, what would be your Plan B if any of those 100,000 Gazans whom you want to enter Israel started carrying out what their Hamas schools and imams have been teaching them? Would you accept responsibility for the murders they commit? Or do you just give Israel advice from the safety of thousands of miles, and leave us to deal with the consequences?”