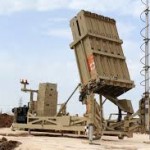 By Keili Cohen and Hannah Levin

The event will be coordinated by The Friedlander Group a NYC and Washington DC based public affairs company, in conjunction with Project Legacy.

Since 2009, U.S. Congress has allocated an unprecedented amount in funding for the Iron Dome. This funding is not just an investment in technology; it is an investment in human lives. The National Defense Authorization bill for the 2016 fiscal year allocates up to $371.2 million for various U.S.-Israeli joint missile defense systems. “We owe a special appreciation to the members of Congress whose leadership has enabled this crucial funding. Now, more than ever, we must continue to honor the U.S.-Israel Security Alliance and those who work tirelessly to maintain it.” Said co-chair of the Tribute, Eli Verschleiser, Chairman of The Multi Group of Companies, a private equity real estate investment banking firm. Through his companies Mr. Verschleiser has been involved in over $7 Billion of real estate transactions. In his Philanthropy, Mr. Verschleiser is a board member of the American Jewish Congress, Co-Founder of Magenu.org, and President for Our Place, a non-profit organization that provides support, shelter, and counseling for troubled Jewish youth.

“The development of Israel’s Defense Program has been a collaborative effort between Israel and the United States – two countries for which there is no greater value than the sanctity of life,” says Miles Berger, co-chair of the event. Miles Berger is the Chairman of The Berger Organization, a residential, hospitality and commercial real estate firm encompassing more than 1 million square feet of office space and 12 hospitality properties in Northern New Jersey and New York City.
With each deployment of the Iron Dome countless lives are saved. Israel’s Missile Defense systems, Iron Dome, David’s Sling and Arrow, are designed to be complementary, each one providing defense against rockets and missiles of different sizes and with different ranges.

“The performance and success of this system has been outstanding in its ability to intercept and destroy enemy rocket fire before it reaches population centers, preventing widespread devastation.” Said co-chair Joseph B. Stamm, who is the CEO of NYCHSRO/MedReview Inc. a company that provides healthcare audits for the healthcare industry. The company has saved its clients over $1 billion since it was founded 40 years ago and now operates in 25 states.

“The unwavering commitment of Congress to defend Israel has been proven time and time again, reaffirming America’s commitment to Israel’s security. Through the funding by both the House and Senate, Israel has been provided with a force field of protection as she defends herself against those who do not view freedom, democracy, and equality as common values. This mutual ground upon which both America and Israel have been built has strengthened their everlasting friendship in the fight against terror, wherever it may be,” said Ezra Friedlander, CEO of The Friedlander Group.

Sol Goldner, CEO of Goldstar Healthcare LLC, a company that acquires and manages long term care facilities and a Co-Chairman of the West Coast Friends of Laniado Hospital in Netanya and also on the Boards of Bais Yaakov and Yeshiva Gedolah of Los Angeles and a co-chairman of the Tribute asserts that, “Anti-ballistic systems play a crucial role in protecting innocent civilians from enemy fire, something Israel has unfortunately become accustomed to. The Iron Dome Missile Defense System is a technological masterpiece, a shared victory for Israel and The U.S.”

“The Iron Dome doesn’t only save lives, it prevents wars. It’s a game changer.” -explained Stanley Treitel Co-Chair of the Tribute. “But behind the Iron Dome stands a marble dome – the Capitol of the United States of America.”