From a report by CeFaan Kim for WABC New York:

A building that housed a row of businesses on Vleigh Place in Kew Gardens Hills, Queens, was destroyed by a five-alarm fire on leil Shabbos, just after 6:30 p.m. At least 14 stores, including some owned by frum Yidden, were affected.

The fire was under control by Shabbos morning, but firefighters were still on the scene. It is unclear how the fire started.

The city Department of Buildings condemned the building Shabbos afternoon, and store owners were told to retrieve their belongings, then vacate the premises.

Millions of gallons of water were no match for the flames that consumed an entire block of businesses in a building that’s withstood generations.

Firefighters said they arrived within three minutes after the first flames in the first storefront, but it was already too late to save it and the other businesses. A common roof is to blame for the fire’s rapid spread.

“Once the fire gets into these concealed spaces up above the roof, it’s almost impossible for us to put it out. We have to worry about the safety of our firefighters,” said Chief of Department James Leonard, FDNY.

At least three FDNY members were hurt, but none of them seriously. 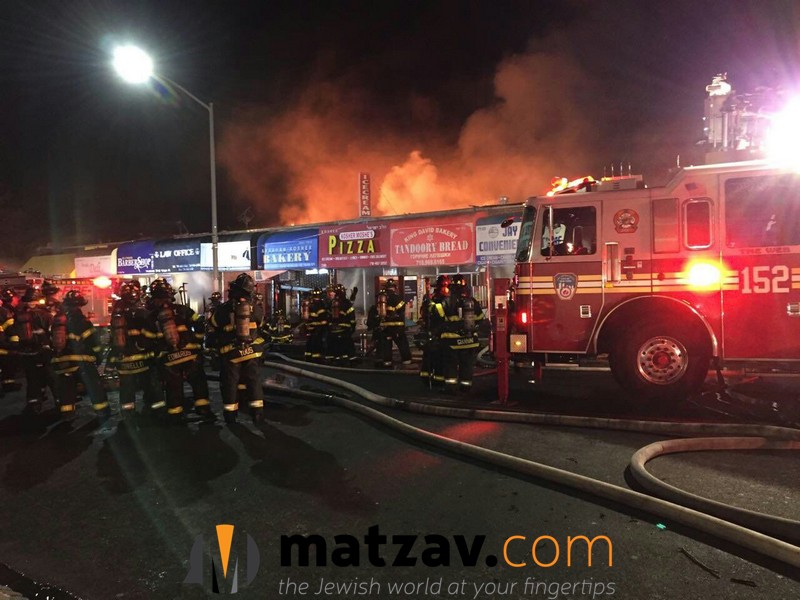