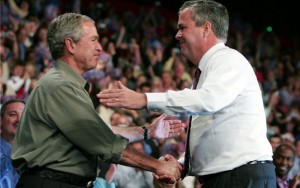 In response, Jeb said George is “a big boy” and suggested that “my dad, like a lot of people that love George, want to try to create a different narrative, perhaps just to—just ’cause that’s natural to do, right?” Read more at Politico.