President Reuven Rivlin on Wednesday evening entrusted MK and current Prime Minister Benjamin Netanyahu with the task of forming the next government.

“In democracy, the majority decides. In these elections, the majority spoke,” Rivlin said. “After consultations with the Chairman of the Central Elections Committee, Deputy Supreme Court President Melcer, I began consultations with representatives of the parties even before the publication of the official and final results. We certainly took into account the possibility that there would be changes in the allocation of seats, but the overall picture is clear. After speaking representatives of all the parties elected to the Knesset, which were for the first time open and transparent to the public, I hereby declare that 65 members of Knesset recommended that Prime Minister and Member of the Knesset Benjamin Netanyahu be the person entrusted with forming the government.”

“Sir, today you receive the letter of appointment to form the government. For the fifth time, you have secured the support of this dear people who lives on its own land. You have the responsibility to form a government at a time when it and the incoming Knesset face weighty responsibilities, coalition and opposition together. Strengthening and developing Israel’s security and diplomatic standing in the face of challenges on different fronts, and also in light of the opportunities we may face. In addition, narrowing and closing the gaps in our society. The strength of our economy and our society is the key to our strength in security and diplomacy. Only an Israel that is strong from within projects strength outwards. And also, healing the wounds and fissures that have opened between us. This was a tough election campaign. Things were said that should not have been said, from all sides. Not in a democratic state and not in the Jewish state. The iron wall should be between us and our enemies, not inside our own home, not between us. ‘Us and them’ is over. From now on, it’s just ‘us’.

“Now is the time to stop fighting ‘them’ and to start fighting to regain belief in ‘us’. To fight for our home, a place where secular, religious and ultra-Orthodox, Jews and Arabs, left and right can find their place – as equal partners. All parties in the Knesset are responsible for this, and you above all, Mr Prime Minister, bear this responsibility

“My fellow citizens, together with the whole Israeli people, I pray for the success and flourishing of the State of Israel and of Israeli society. 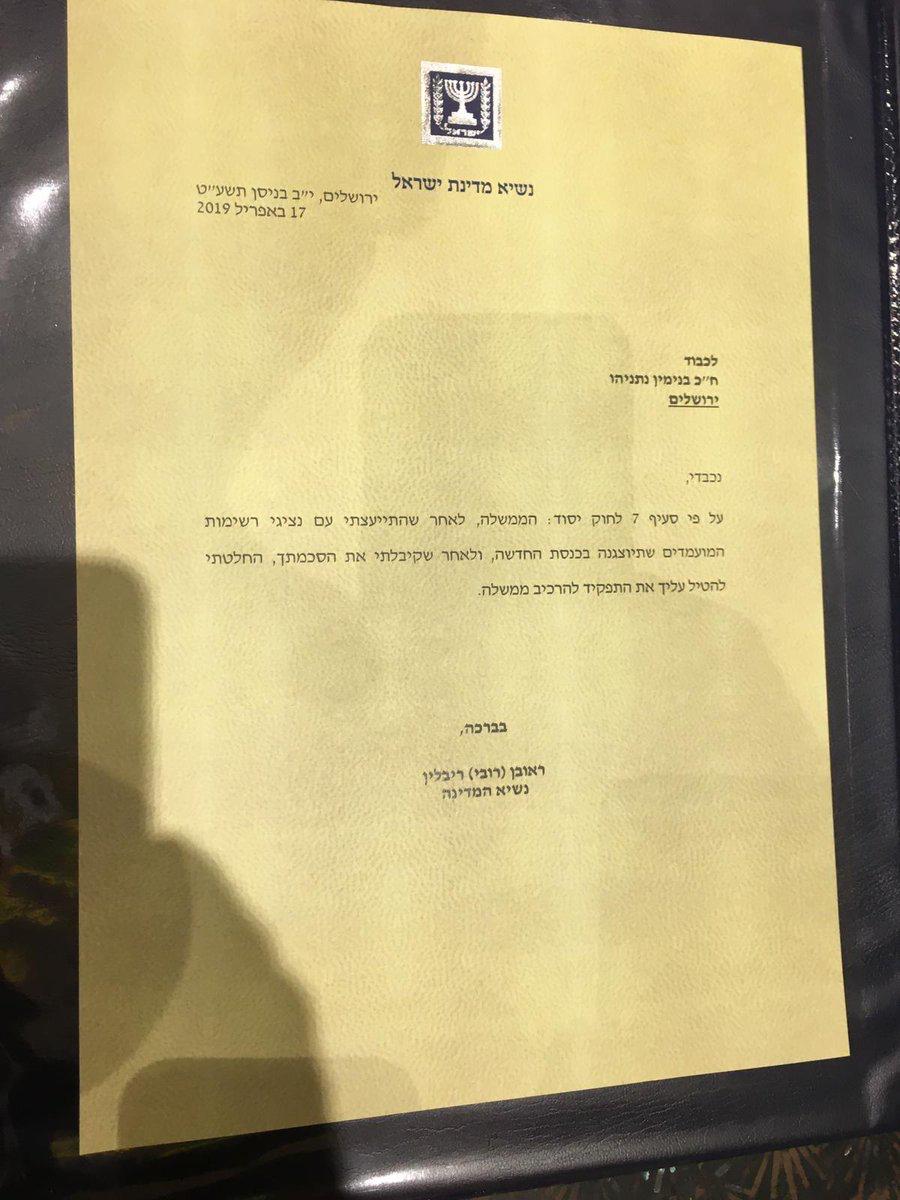