This past Tuesday evening, askanim and community leaders and activists gathered at MetLife Stadium in Rutherford, New Jersey, to sign a contract reserving the stadium for the 13th Siyum Hashas of Daf Yomi to be held there next winter, on January 1, 2020.

The Agudah has promoted the Daf Yomi program and organized the Siyum Hashas celebrations since it was first introduced on American shores.

MetLife Stadium hosted the last Siyum Hashas on August 1, 2012. The stadium has seating for 82,500 attendees. For the last Siyum Hashas, an additional 8,500 folding chairs were placed on the playing field, and a dais of approximately 500 seats accommodated roshei yeshiva and rabbonim. An additional section of 1,000 seats was reserved for Daf Yomi maggidei shiur.

Tuesday night’s event, which was arranged by Shmuli Rosenberg and FwdNYC, opened with an hour-long program, featuring opening remarks from Shlomo Werdyger, Chairman of Agudath Israel of America. Divrei brocha were delivered by the Novominsker Rebbe and by Rabbi Eli Mansour.

Following the program, attendees were ushered out to the suites surrounding the stadium, where a brief video about the Daf Yomi program was shown on the Jumbotron screens. The frigid weather did nothing to cool the warm and inspiring feelings generated by the signing event, launching what will be a year-long project to arrange and orchestrate the massive 13th Siyum Hashas of Daf Yomi down to the very last detail.

The remarkable growth of the Siyum Hashas celebrations over the decades was a running theme of Tuesday night’s event, reflected both in the remarks delivered by the evening’s speakers and the scenes from past siyumim on the Jumbotron screens.

One of the attendees recalled a conversation before the last Siyum Hashas with Thomas M. Steinberg, president of Tisch Family Interests, who, for 12 long years, was involved in the planning, design and construction of the new stadium. At that time, Mr. Steinberg told Rabbi Nosson Scherman that it was only then that he understood why: so that tens of thousands of Yidden would have a place to gather for an unprecedented demonstration of kavod haTorah.

The last siyum, which uplifted 120,000 participants across 80 cities and 18 countries, featured satellite broadcasts and web feeds that were piped to over 100 locations, including those in Chicago, Baltimore, Toronto, Montreal, Los Angeles, Mexico City, Uruguay, Buenos Aires, Argentina, Melbourne, Hong Kong, and Lublin, Poland.

An Agudah representative told Matzav.com that the upcoming siyum is expected to draw the participation of 200,000+ people across cities and countries across the globe. 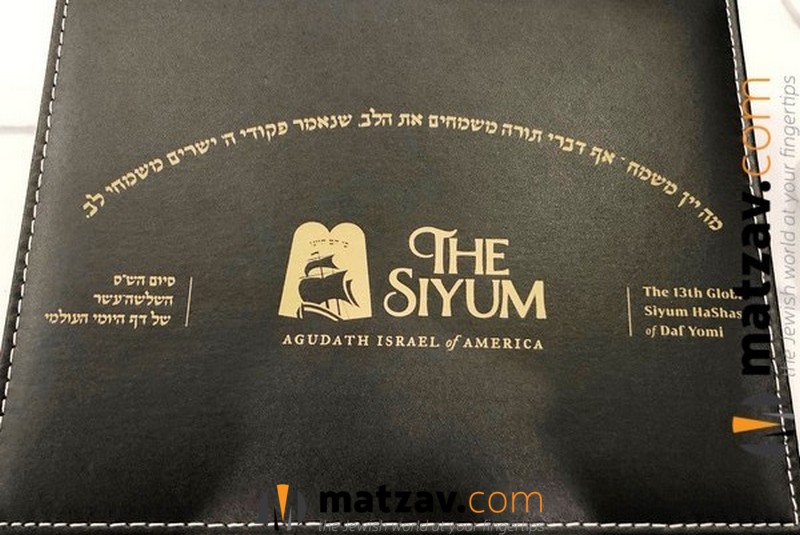 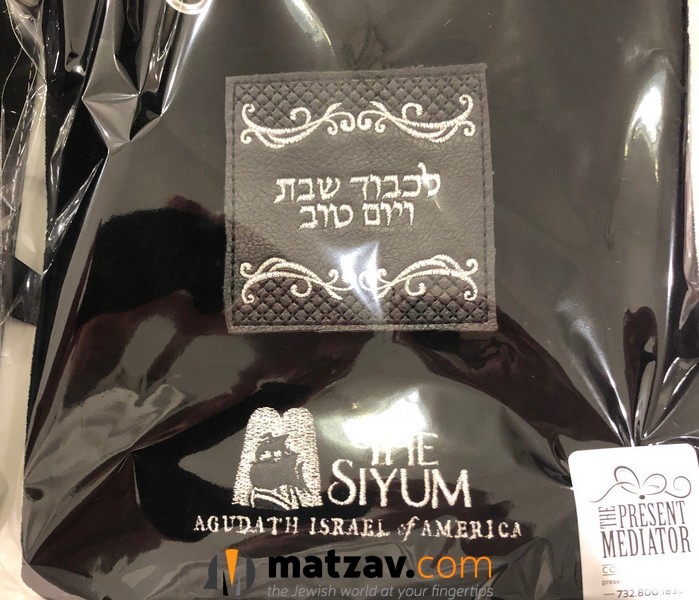 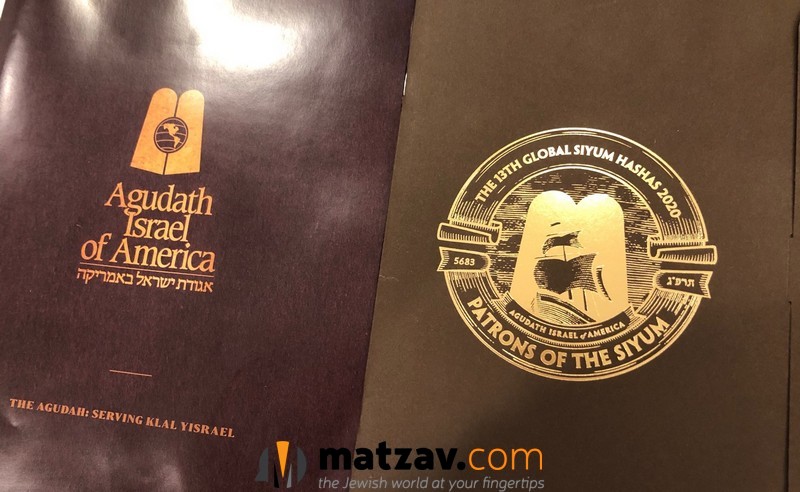 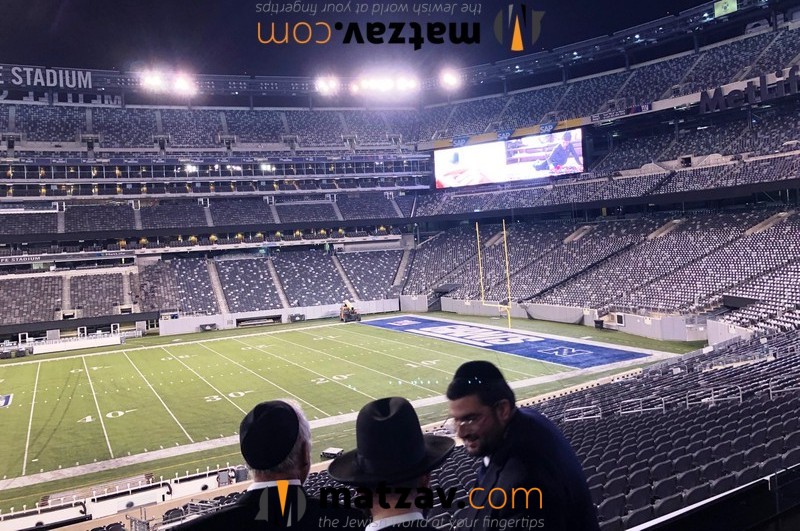 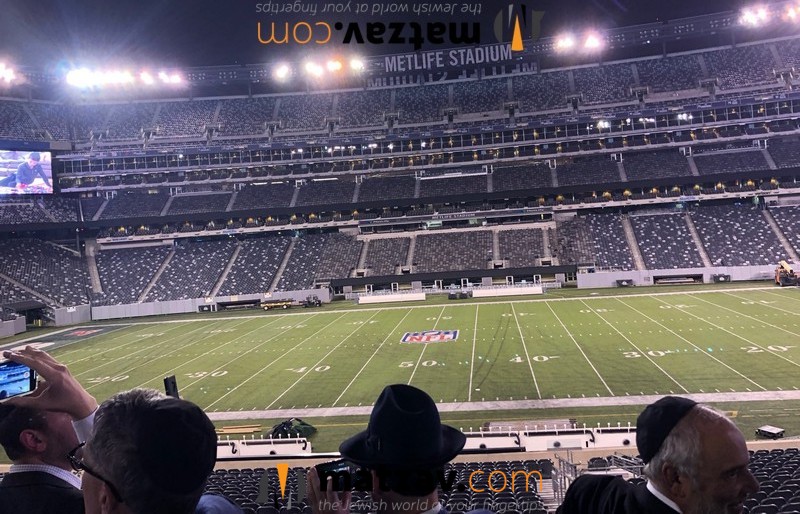 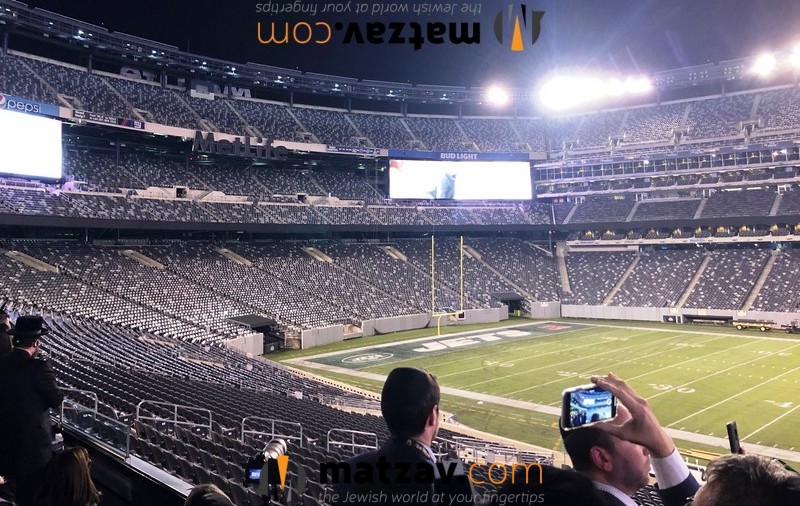 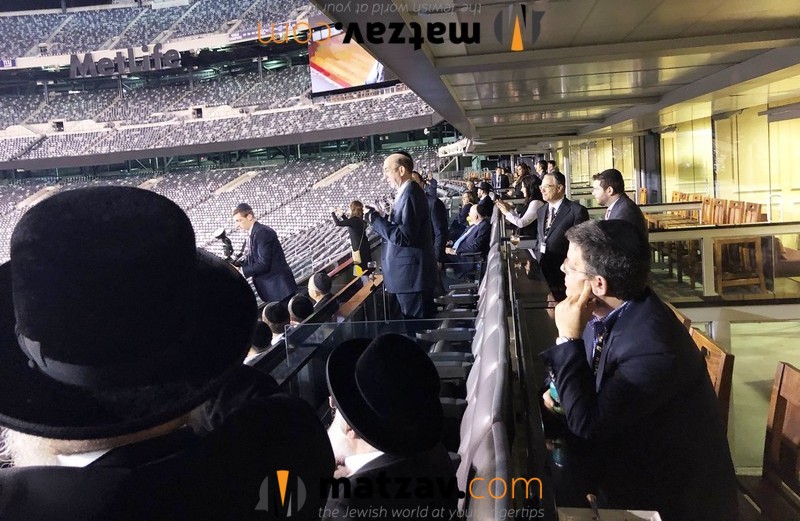 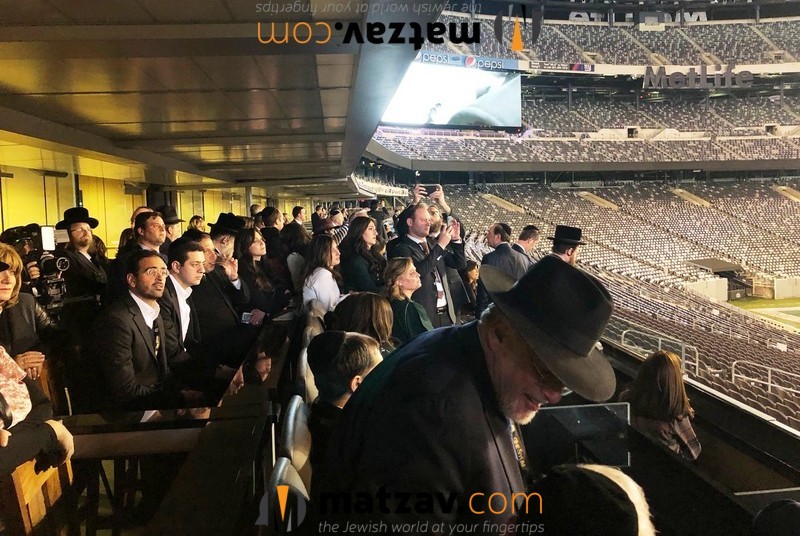 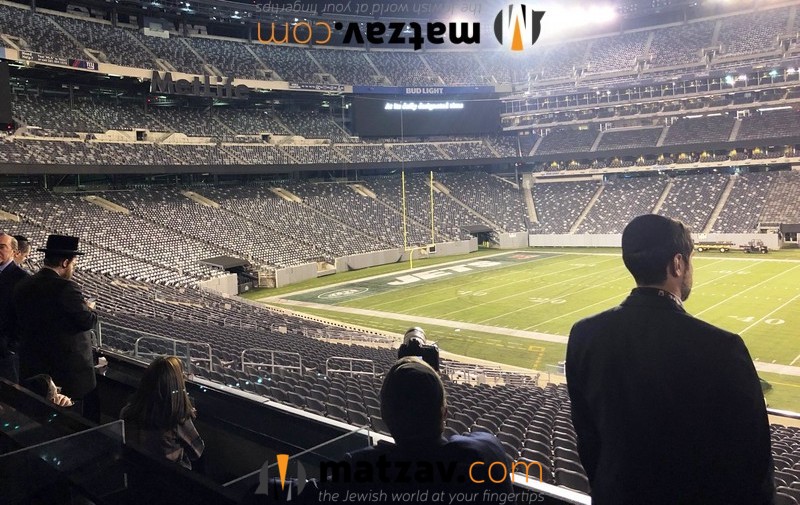 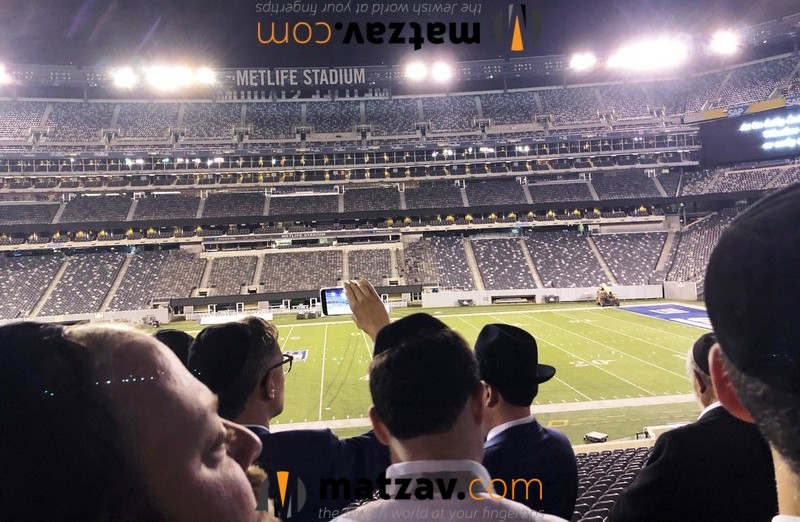 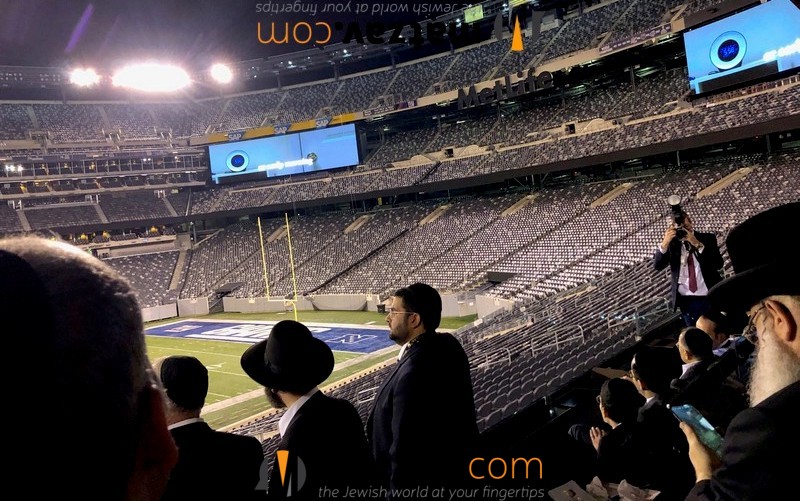 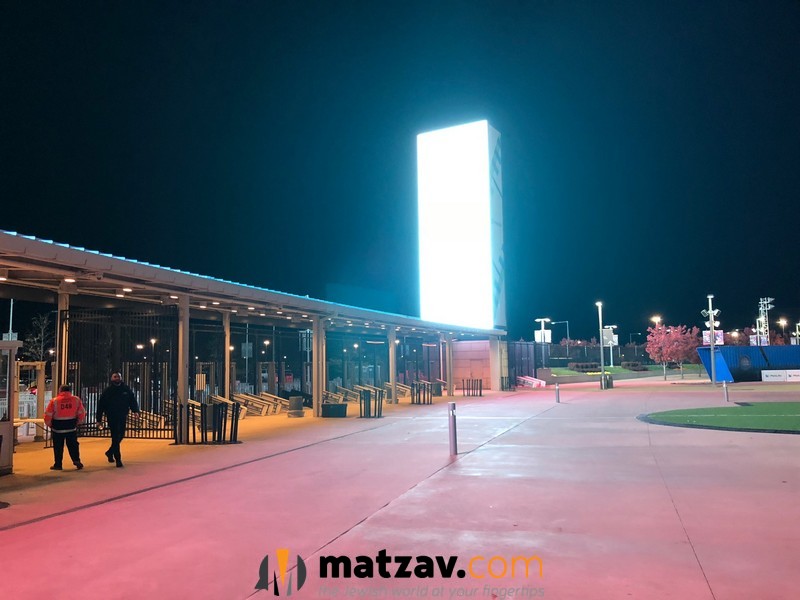 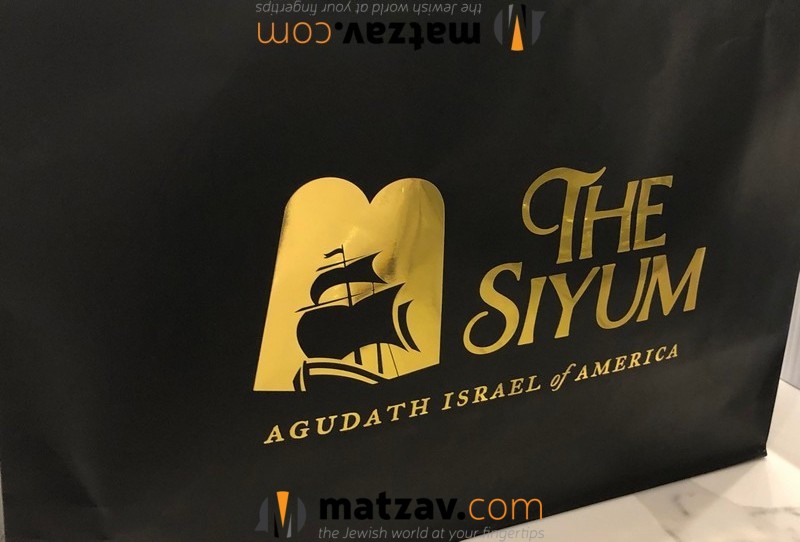