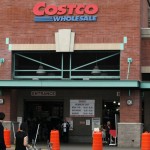 Return policies have become a flashpoint for retailers. Some stores are making it harder while others are making it easier  to return purchased items.

While most retailers’ return policies have remained unchanged from last year, a few major chains have added restrictions or offered benefits to shoppers, according to a new study by Consumer World.

The more stringent requirements are partly on account of new efforts to combat retail fraud, a concern among retailers. Out of the total annual returns this year — which is expected to reach $260.5 billion — 3.5% are expected to be fraudulent, according to the National Retail Federation.

On the other end of the return policy spectrum, 49% of online stores surveyed now offer “free returns,” in which the retailer covers the cost of return shipping for unwanted items. Major retailers like Macy’s, Target, and Gap have jumped on the free return bandwagon for online purchases.

Some policies favor loyal shoppers. Target REDcard members get 30 extra return days, and Best Buy Elite members also get a longer return period than non-member customers. “Since the rules vary so much from store to store, you really have to read the fine print,” Edgar Dworsky, founder of Consumer World, wrote on his publication’s site.