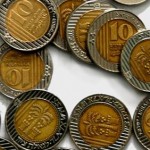 Israel’s national deficit between January and November 2015 was $2 billion—46 percent lower than the level for the same period last year, the Israeli Finance Ministry said this week.

According to the ministry’s figures, the deficit for the past 12 months has been about 2 percent of the gross domestic product (GDP), a particularly low figure. The deficit target for 2015-16 had been set at 2.9 percent of the GDP.

Barring any unexpected economic turbulence in December, Israel’s final deficit for 2015 is likely to be significantly lower than the $8.2 billion forecast for this year.