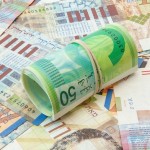 The Israeli economy remains an incredible example of a developed country’s ability to achieve sustained economic growth, a strong testament to the powerful influence of a market-based, democratic economy and the virtues of a well-educated and disciplined labor market.

According to the International Monetary Fund, among the 37 advanced economies, only three did not experience a contraction in the aftermath of the global financial crisis: South Korea, Australia and Israel.

The IMF projects 3.3% growth for Israel in 2016, among the highest growth rates for all developed nations.

Israel’s economy has doubled in size since 1996 while the U.S. economy has increased just 50% and the EU economy just 24%.

These achievements are quite remarkable given the political tensions both in-country and regionally. Read more from Alex Brill.