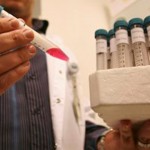 Israel’s Ministry of Health is calling on the Israeli public to take precautionary steps in order to avoid flu complications in light of another recent outbreak of H1N1 throughout Israel.

“We are calling upon the public, especially pregnant women, children, and people with previous conditions to get vaccinations,” said a Health Ministry spokesperson.

One woman died of the H1N1 virus and at least 11 other patients were hospitalized, seven of them in serious condition.

At least two of the women, who were all placed in quarantine, have not gotten the flu vaccination this year, which also includes a vaccine for swine flu.

Esther Aryeh, a 55-year-old mother of six from Netivot, passed away earlier this week after contracting swine flu and and fighting for her life for the past few weeks.

“Had Esther gotten vaccinated, this might not have happened,” said Esther’s husband Yehuda. “I call on everyone to get vaccinated. If the doctors say we should – then we must.”

“We’ve seen several serious cases of swine flu in the past month, some were hospitalized and several got to the ICU,” said Dr. Lior Nesher, an infectious disease specialist at the Soroka Medical Center, according to Ynet. “Among the patients are several serious cases that needed respiration and a heart-lung machine. We have serious morbidity rates, similar to what we saw in 2009.”

Prof. Nati Keller, the head of the Clinical Microbiology and Immunology Department at the Sheba Medical Center and the chairman of the Israeli Infectious Diseases Society, explained that swine flu was created by a genetic mutation of the flu virus.

He assured the public that those who received flu shots are safe from swine flu. “The flu began rearing its head about a week ago and the strains found are covered by the vaccine. Those who received the vaccine recommended by the Health Ministry are most likely protected,” he said.