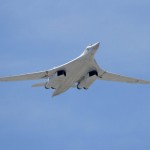 The Israel Air Force’s unquestioned supremacy has kept neighboring air forces almost entirely out of Israeli airspace in the country’s wars, but with the recent deployment of the Russian S-400 missile defense system in Syria, that absolute primacy is now in question.

The S-400 anti-aircraft system can track and shoot down targets 400 km. away, a range that encompasses half of Israel including Ben-Gurion Airport.

Nonetheless, the people with their finger on the trigger are not enemies, said Yiftah Shapir, a military technology research fellow at the Institute for National Security Studies in Tel Aviv.

In the years following the 1973 war, when Soviet surface-to-air missiles had neutralized IAF attacks, Israel invested heavily in developing weaponry to counteract those anti-aircraft batteries.

For years, Israel has been preparing for the deployment of the S-300 in enemy territory. The S-400 system is simply a more advanced form of the S-300.

“From my understanding of our capabilities, if we wanted to operate in the area protected by the S-400, we could do it. It wouldn’t be easy, but possible,” said Shapir, who served as a lieutenant colonel in the IAF.