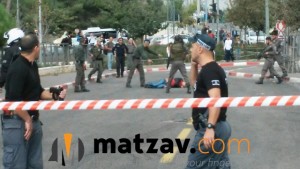 Terror returned to Yerushalayim today after nearly two weeks of relative calm. Once bochur was stabbed and moderately wounded at around 1:15 pm near Ammunition Hill in Yerushalayim.

The terrorist was shot and neutralized. A second person was wounded by gunfire when police and security guards shot at the attacker, Ynet reports.

It was the first terror attack in Yerushalayim since October 17, which was preceded by weeks of frequent attacks.

Around an hour earlier, two terrorists attempted to stab border guards at Tapuah Junction in the West Bank, Ynet reports. The pair arrived on moped and both held knives. A soldier shot and neutralized them. It was the first time during the ongoing wave of terror that attackers had used motor scooters.

In a third incident, a Palestinian participating in rioting in Beit El attempted to stab a soldier and fled. Security forces in a Jeep chased him and neutralized him by hitting him with the vehicle.

Update: The bochur stabbed in Yerushalayim is Shalom Domb of Cleveland, Ohio. He formerly learned at Mesivta of Long Beach and the yeshiva of Rav Mordechai Dick. 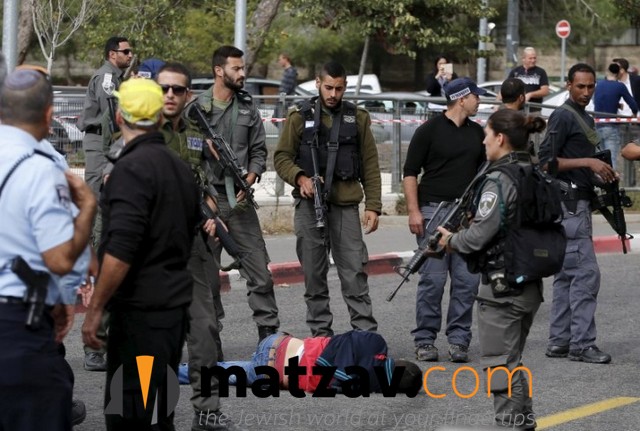