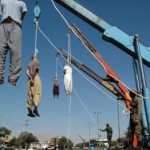 The New York Times is offering a pricey, 13-day excursion to the “once-forbidden land of Iran,” one of a series of its Times Journeys tours. However, if you’re an Israeli, joining the “Tales of Persia,” trip, “once-forbidden,” is still forbidden, and letting anyone know you’re Jewish isn’t particularly recommended either, a representative told The Algemeiner on Monday.

When this reporter called the number provided on their website to ask about details of the trip – specifically for Israeli passport-holders – a representative who gave her name as Megan hurriedly turned the call over to Kevin, who stated definitively that “…anyone with a page in their passport with an Israeli visa will be declined.”

The nearly $7,000 junket, organized by the newspaper that claims to publish “All The News That’s Fit To Print,” is led by journalist Elaine Sciolino, and promises a “Journey with on-the-ground experts who will help untangle this nation’s complicated timeline.”

That timeline, however, skips over the regime’s decades-long cat-and-mouse game with the west and the United Nations over nuclear weapons development, its avid support for international terrorism, its hosting of antisemitic international conferences and boosting of raw Jew hatred, its sworn desire to eradicate the Jewish State, its public lashings and flogging of women, and persecution of Bahais and opponents of the regime.

“You will travel with Elaine Sciolino, she was the Paris bureau chief for the New York Times, and has been traveling to Iran since 1979,” the representative noted, adding that “She’s been writing about the history and the revolution…

“She’d be a great person to talk about contemporary Iran while you’re traveling there,” Kevin added, helpfully.

“All the areas we visit we feel are safe to travel…” Kevin said, when asked if the itinerary included a visit to Parchin, the suspected nuclear research site which recently saw a major explosion.

According to the promotional material on the website, the tour, which starts in Tehran, journeys “across country through beautiful landscapes, arid mountains and rural villages to experience vibrant bazaars,” where the traveler can “get lost in ancient cities and learn about the traditions and cultures of Iran. Traveling in a small group and staying in luxurious hotels along the way, your journey through Iran will reveal the secrets from this once forbidden land.”

Just so long as those secrets don’t include being Jewish.

When asked it it would be alright to notify people during the trip of one’s Jewish identity, Kevin replied, “I don’t know if you’d want to tell that to everyone you met; if that would be the best idea.

“I know relations between Iran and Israel are very strained,” he continued; “it might not be the best to talk about that with strangers that you might meet. That might be something to hold back and ask your experts on the trip.”

Despite both the newspaper and the Islamic Republic of Iran’s international track record, the representative said, “We wanted to pick Iran because we think it’s a great country in terms of history, amazing sites…. If you do feel like you’d be uncomfortable in there, there are other programs, as well, but we, of course, understand the nature of Iran, and understand that it might not be comfortable for everyone to travel there.”

Asked if he found the possibility of facilitating discrimination to be objectionable the NYT rep parried that, “Well, we would, of course, not want anyone to feel prejudiced on the trip; we’d do our best for that not to happen. But, of course, anywhere we travel we can’t guarantee every factor.”

The Algemeiner asked about the safety of trip participants considering that the State Department says on its website that, “the U.S. government does not have diplomatic or consular relations with the Islamic Republic of Iran and therefore cannot provide protection or routine consular services to U.S. citizens in Iran.”

“Yes, you are definitely safe with us; we have experience traveling to Iran before. And we feel that, traveling there, if anything were to happen, if we felt that segments of Iran we’re traveling to became unsafe to travel, we would notify you right away if we felt we had to cancel, and we would refund you any payment made.”

“But, based on our experience there, and the current climate, we feel comfortable traveling to Iran,” he said, adding that they coordinate their travel itinerary with the Swiss Embassy and keep the State Department appraised of their visit dates.

Kevin mentioned several “ancient ruins and civilizations,” and “focus on the ancient history of Iran.”

That history includes the story of members of the Bahai faith which have been persecuted in modern Iran.

“Since 2005, more than more than 700 Baha’is have been arrested, and the number of Baha’is in prison has risen from fewer than five to more than 100. … The constant threat of raids, arrests, and detention or imprisonment is among the main features of Iran’s persecution of Baha’is today,” according to the United Nations.

Read more at The Algemeiner Journal.