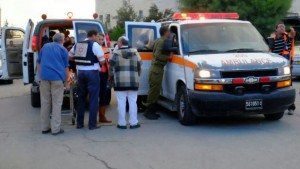 Updated: An Israeli woman in her 30s was moderately injured in a stabbing at the Gush Etzion Junction outside the Rami Levy supermarket.

The attacker feld the scene after the stabbing, but was caught and subdued by police.

The attack comes a day after a soldier was stabbed in the same place by two Palestinians. The two attackers were subsequently shot and killed.

Magen David Adom says the stabbing victim, who is 30-40 years old, is in moderate condition.

Paramedics, along with IDF medics who are nearby, treated her on the scene before sending her to Shaare Zedek Hospital in Yerushalayim for further treatment, Magen David Adom says.

MDA paramedic Wally Wolfstahl says the stabbing victim was conscious when he arrived.

“When I arrived to the scene, I saw an approximately 40-year-old woman sitting in her vehicle. She was fully conscious and suffering from a stab wound to the upper body. People on the scene told me they put her in the vehicle after she was stabbed by a terrorist. We gave her medical care with the help of IDF medics that arrived on the scene. After giving her first aid in the field, we sent her to the hospital. She is in moderate and stable condition,” he says.

In a separate incident, a Palestinian tried to carry out an attack in Chevron and was neutralized by security forces, as can be seen in the following photos: 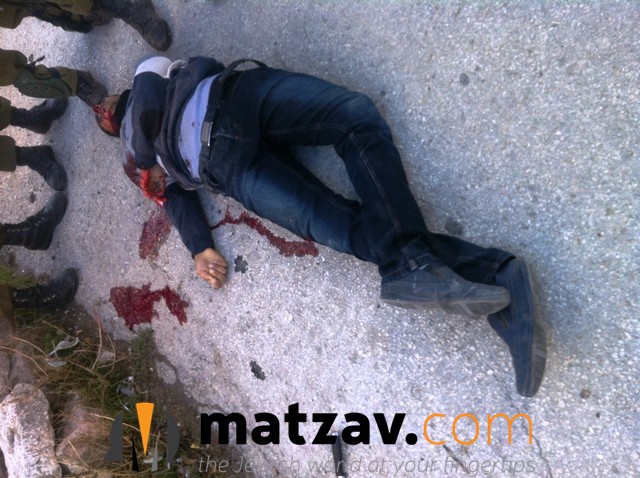 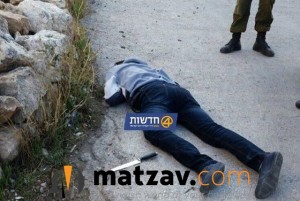