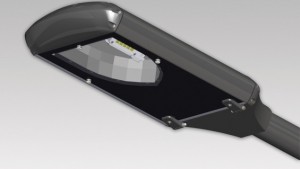 The Apollo system will not only help cities save money on energy, but will give them data to determine where to deploy police, where to pick up garbage, how to prevent traffic jams, and more.

Ga’ash’s Apollo smart streetlights allow a technician to set lighting at the proper intensity, as needed. The intensity could be set at 20% as the sun goes down, and put onto full capacity when it’s dark; at 3 a.m. in areas where there is no traffic, intensity could be dropped to 50%, substantially cutting a town’s electricity bill.

Last week the company announced that the Israeli city of Bat Yam would replace its 7,000 streetlights with LEDs. Read more.