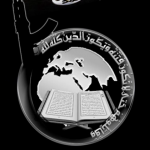 Residents in Egypt’s war-torn Sinai Peninsula said they found a beheaded corpse with a note by Ansar Bayt al-Maqdis, an Islamic State-linked terror group, accusing the victim of being an Israeli spy.

“This is the fate of all who prove to be traitors to their homeland,” the note said, Reuters reported.

The decapitated body was the just the latest one found by residents of the northern Sinai town of Sheikh Zuweid. Last month, residents found four decapitated bodies, and Egyptian officials said those murders were linked to Ansar Bayt al-Maqdis.

The Egyptian military, with the quiet support of Israel, has been battling Islamic terror groups in the Sinai.

A senior Ansar Bayt al-Maqdis commander told Reuters last week that Islamic State has been advising the Sinai-based terror group. Islamic State has gained significant global attention for its rapid advances throughout Iraq and Syria, its genocide against minority groups, and its beheadings of American journalists James Foley and Steven Sotloff.