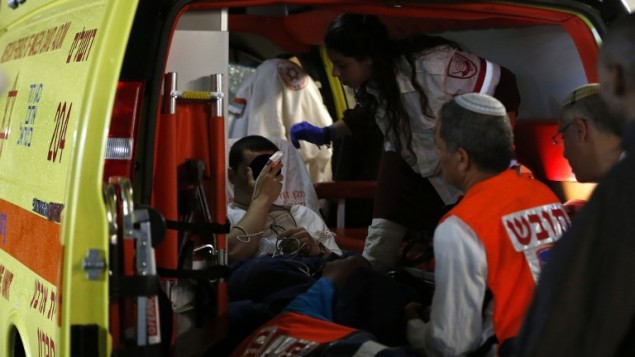 An Israeli youth was seriously wounded Friday evening in a shooting attack at the Beit Anun junction north of the West Bank city of Chevron.

Medics and emergency personnel rushed to the scene of the attack, where they administered first aid treatment before evacuating the victim to Hadassah Hospital Ein Kerem in Jerusalem.

This is the fourth attack on Israelis in the West Bank in one day. A short time earlier, two Israeli teenagers were wounded, one seriously, in a separate shooting attack in the area.