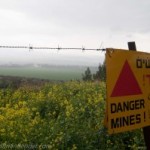 Local leaders of Israeli towns and villages along the Syrian and Lebanon borders said they weren’t frightened or surprised by warnings on Sunday by IDF officers that terror group Hezbollah might try to take over some of their communities in a future clash, Israel’s NRG News reported.

“We’re not afraid of Hezbollah – or anyone else,” said one official, who noted that military tensions in the vicinity are nothing new. “The army will alert us and we’ll be ready for anything,” Benny Ben-Muvhar, head of the Mevot Hahermon Regional Council, said.

“We are a strong people, with a strong army, and, when it happens, we’ll know how to deal with any eventuality that comes our way,” he asserted.

On Sunday, a senior officer in the IDF’s Northern Command warned that the Lebanon-based terrorist group was preparing the groundwork for future battles with the Jewish State, including blitz-like hostage-taking raids into border communities.

“According to the estimate, there will be a meaningful envelope of fire, there will be envelopes of observation and there will be a main force that carries out the attack, that will range between dozens and a few hundred fighters, in the war,” IDF officials said, as quoted by Israel National News.

“When we talk about a force carrying out a raid, we will not be talking about 12-13 fighters like we saw in Protective Edge [against Hamas in Gaza], but 50-70 fighters,” according to the source, who added that the group’s forces “…are learning from Syria to fight in large units. They understand what urban warfare involves.”

Hezbollah publications bragged in recent months that they could – simultaneously – take over four areas along the border, Ynet News noted, including a sea-borne infiltration by a naval commando squad, similar to attempts by Hamas in Gaza during recent fighting.

In those incidents, the IDF was able to identify, track, contain and destroy the fighters shortly after they left the shoreline.

Several of the Israeli officials, among them Ben-Muvhar and Ma’alot Mayor Shlomo Buhbut, said they’d previously been updated on the latest threat matrix, and averred that the latest batch of warnings may be connected to the annual army budget battle with the Finance Ministry.

“I get the feeling that this is [army] ‘budget-buster eve’ talk,” according to Buhbut, who added that, “the Galilee area is peaceful and quiet; both residents and visitors feel secure.”

However, he stressed, “we are on guard, with our eyes wide open, and it’s only fitting that the army is ready and alert to any threat from the north.”

Meanwhile, terror outfit ISIS has set up sleeper cells in southern Syria, according to the rival Free Syrian Army, The Times of Israel reported.

“There are sleeper cells in the south, which are hidden. They don’t do anything [military] at all,” the spokesman said. “Many people [in the moderate Syrian opposition] are following them and will strike at them before they organize.”

In a landmark move, the United Nations said in a statement on Monday that they have shut down United Nations Disengagement Observer Force (UNDOF) operations along the Israel-Syria cease-fire line, ending a 40-year presence, due to increasing fighting between ISIS-affiliated groups, more secular rebels, and Syrian government forces.

“The situation in UNDOF on the Syrian side and the area of separation has deteriorated severely over the last several days,” the statement read.

“Armed groups have made advances in the area of UNDOF positions, posing a direct threat to the safety and security of the UN Peacekeepers along the ‘Bravo’ line and in Camp Faouar.

“All the UN personnel in these positions have thus been relocated to the ‘Alpha’ side,” within Israeli-held areas of the Golan Heights.