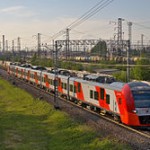 An Israeli riding a train in Russia was detained by police after a fellow passenger mistook the Hebrew book he was reading for Arabic and feared he was an ISIS terrorist, Russia Today reported.

When a woman commuter grew suspicious of the Israeli man, identified by the Russian-language Israeli website IzRus as “Mark G.”, she reported him to police, who then searched his luggage and questioned him at length.

The man, an IDF reservist traveling from Moscow to see his wife and children who were staying with relatives in Cheboksary, was eventually cleared and allowed to continue on his journey, according to the report. The female passenger who reported him claimed to be embarrassed by the mistake and authorities apologized for the mishap.

The Israeli Embassy in Moscow was unaware of the incident on the train, according to Radio Ekho Moskvy.