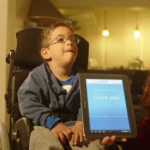 Four Israeli companies were among the 10 winners in the 2015 Medica App Competition, held in the German city of Dusseldorf.

Two other Israeli apps were among the 10 finalists, including iFeel Labs Match3, which developed a game that helps people with asthma breathe more effectively while using a sensor. and Doctome, which created a telemedicine platform of online medical services that enables 24/7 video calls/chats around the globe with doctors who speak the patient’s language.