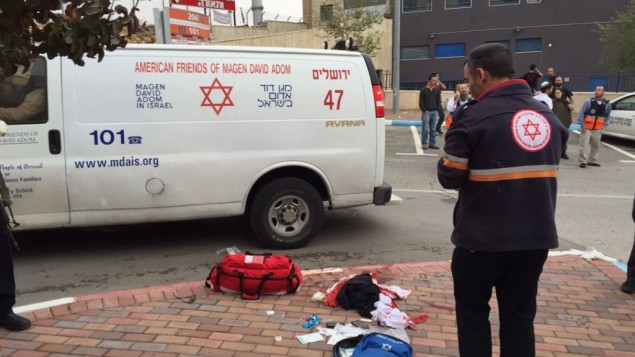 An Israeli man is in critical condition after being stabbed by a Palestinian terrorist on Friday at the Sha’ar Binyamin Industrial Zone in the West Bank. The attacker fled the scene and is being chased by security forces.

Earlier, a Palestinian woman was shot after attempting to run over an IDF soldier with her car near Hebron. She was taken to Jerusalem’s Shaare Tzedek hospital in critical condition. Following the shooting, dozens of young Palestinians arrived at the scene and began throwing rocks at Israeli army forces.

On Wednesday evening, security forces shot dead a Palestinian man who was planning to commit a stabbing attack at the Gush Etzion junction.