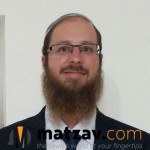 The Israeli father and son from Kiryat Arba, near Chevron, who were killed by terrorists early Friday morning were on their way to a family wedding celebration, Israeli news website Walla reported.

At around 3:00 pm, the family was traveling southward on Route 60 when gunmen ambushed their car south of Mt. Hebron, near the Israeli settlement of Otniel, and opened fire on it. The father, R’ Yaakov Littman, 40 years old, and his 18-year-old son, were killed in the shooting attack. The man’s wife, 16-year-old son, and three daughters were lightly wounded and were transferred to Soroka Medical Center in Beersheva for treatment. 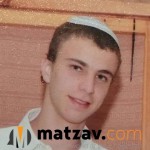 They told reporters that the family was on its way to a Shabbat Kallah celebration — a traditional pre-wedding gathering for the bridal party — to be held in honor of one of the man’s daughters, who is expected to get married this week.

One of the groom’s relatives said, “now happiness and sadness are intertwined. I don’t blame the Arabs. After all, they just see our weakness and attack us because that’s what they know how to do.”

The gunmen managed to escape from the scene, and Israeli security forces are currently searching the area. A large number of Israeli security personnel, and search aircraft, have been sent to aid the initial force in the search. Reports also indicate that the Israeli army has surrounded the nearby villages of Yatta and Beit Aiwa.

Gaza based terror group Hamas issued a congratulatory statement on the attack, which it called a “heroic resistance operation.” It said the attack, “demonstrates the development of the capability of the Quds Intifada and that resistance can deter the occupation,” adding that “force is the only language that [Israel/The Occupation] understands.

Leave a Reply to Long and bitter Galus Cancel reply