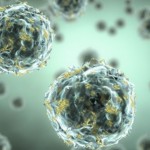 It may be far from your mind in the mid-summer heat, but researchers in Yerushalayim have developed antibodies that may boost the body’s resistance to the winter flu.

The antibodies – proteins that fight disease – may help the immune system eliminate influenza by interfering with the ability of the virus to hide in the body’s cells, the researchers found.

Recently published in the journal Science, the findings could point the way to more effective flu-fighting drugs.

“Altogether, the novel antibodies we have developed will allow our immune system to respond more efficiently to a wide variety of influenza infections,” said Yotam Bar-On, a doctoral candidate in immunology and cancer research, who led the study under Prof. Ofer Mandelboim at The Hebrew University of Jerusalem.

The flu is a major global health problem. Seasonal epidemics, which typically peak in the weeks after the New Year, result in up to about 5 million serious infections and about 500,000 deaths annually. In the United States, flu epidemics result in some 3.1 million days in the hospital and an average of $10.5 billion in direct medical costs every year.

“It is thus urgent to develop new drugs for fighting influenza infection, which requires an understanding of the virus’s life cycle and its interaction with the host’s immune system,” said Bar-On.

The body has its own ways of battling the flu. Natural killer cells, which are part of the immune system, have been shown to be capable of eliminating flu-infected cells. The natural killer cells do their deadly work with the help one of their major receptors, called NKp46. The receptors recognize flu expressed on infected cells, and then they designate the cells for destruction.

A problem is that the flu avoids the immune system with the help of one of its proteins, called neuraminidase, which counterattack the natural killer cells’ receptors, protecting the flu-infected cells from being found and destroyed.

The research Bar-On led shows for the first time that neuraminidase inhibitors – drugs commonly used to treat the flu – work by making natural killer cells more lethal. Through further investigation of neuraminidase’s peptide components, the researchers were able to develop antibodies that can bind to the bad proteins, in effect tying them up and taking them out of action. The natural killer cells are then freer to go after the flu.

The antibodies have been patented through the Hebrew University’s technology transfer company, Yissum, which is seeking commercial partners to continue research and development.