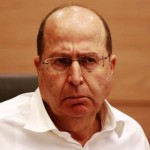 Israeli Defense Minister Moshe Ya’alon discussed a plan to build specialized barriers as part of a “smart” fence system to protect Gaza-border communities today. The proposal is set to be presented for Israeli National Security Council approval on Monday.

“The full details of the plan have not yet been presented to the National Security Council, only a general outline,” said Ya’alon’s representative, Shalom Gantzer. “Today we have a complete and reasonable response to the security situation along the Gaza border, and there are those who are trying to create panic about the situation. Some 200 million shekels ($51 million) were invested in creating a fence and warning system after Operation Protective Edge.”

Gantzer said the new plan includes hidden components and cutting-edge barriers that cost billions of shekels, for which, he noted, the prime minister has promised to allot funds.

Tensions around the project are high after Gaza-border residents and representatives complained of foot-dragging and lack of funding for a fence they feel is essential to their security. Member of Knesset Haim Yellin (Yesh Atid), a Gaza-border-area resident and former Eshkol Regional Council head, said, “If we wait for all the complex and expensive barriers that cost billions of shekels, we won’t have security.” He called for 150 million shekels ($38.5 million) to be put aside for regular barriers along the border.

Current Eshkol Regional Council head Gadi Yarkoni said, “We were personally promised by the prime minister, defense minister, and chief of staff that the [advanced] barrier would be built.”