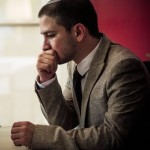 The surge in Palestinian terrorism across the Jewish state that began a few weeks ago spurred an Israeli data analyst to create and publish an extensive interactive spreadsheet detailing the time, place and circumstances of each attack.

Nehemia Gershuni-Aylho, who works for the Ramat Gan-based advertising agency Baumann Ber Rivnay, embarked on this undertaking as a side project – on his own time and with the assistance of other volunteers – approximately a month ago.

Basing his graphs on information from official sources — and collected by the Hebrew website Hakol Hayehudi (“the Jewish voice”) — Gershuni-Aylho told The Algemeiner on Friday that he updates his Google document, titled “Stats of ‘2015 Stabbing Intifada’:Terror Attacks Against Israelis & Innocent Arabs,” an average of once a day.

“I did something similar during Operation Protective Edge in the summer of 2014 and surrounding the Israeli elections that were held on March 17 this year,” he said. “But those dealt more in volume – such as how many missiles were fired from Gaza; how many landed vs. how many were intercepted by the Iron Dome.”

In the case of the “Stabbing Intifada,” Gershuni-Aylho said he is cataloguing far more parameters, looking at specific events, the precise hours at which they occur and even the weather conditions. He even provides a map — whose GPS coordinates are marked, using Gershuni-Aylho’s data, by Judge Dan, a regular contributor to the self-described “informative and entertaining” website Israellycool.

“I also track the gender and age of each assailant and where he or she is from, in addition to citing the hours of the day when specific attacks or riots take place,” he said, explaining that all of the data collated can be analyzed at a later date. “We can already see, for example, that during school hours, there are fewer rock attacks” – something which makes sense, when one remembers that most of the stone-throwers are teenagers and younger.

Still, according to Gershuni-Aylho, the average age of the terrorists participating in this current wave of violence is 21, with the youngest, so far, being 13 and the eldest 34 (without taking into account the 72-year-old Palestinian woman suspected of committing a car-ramming attack in Hebron on Friday, who was neutralized by Israeli security forces and later died of her wounds – a case that is still being investigated.)

Gershuni-Aylho stressed that he “makes no statements of any kind on the document. I simply aggregate as many facts as possible, to be examined at a later date.”

Asked why he, Judge Dan and other volunteers devote precious time and energy to this endeavor, particularly when the details of each terrorist attack are provided by the Israel Police, IDF, Magen David Adom, Hatzalah, etc. — and even collected daily by Hakol Hayehudi — Gershuni-Aylho explained that he wanted to make the material more user-friendly and visually understandable.

“This is my modest contribution, as it is that of those who are helping me, to the understanding of the current situation,” he said.