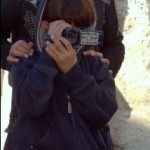 After weeks of strong denials and acrimonious debate over statements made by one of its Palestinian researchers, the Israeli NGO B’Tselem, on Sunday, admitted that their employee, Atef Abu Roub, denied the reality of the Holocaust.

Abu Roub, in a filmed segment in August, denied the Holocaust, in comments to an Israeli undercover journalist, Tuvia Tenenbom, who posed as a German reporter, in order to get frank comments about Israel and Jews from pro-Palestinian and left-wing groups.

Posing as a German investigative reporter named ‘Toby’ during a trek through Palestinian Authority areas, Tenenbom, a noted playwright and polymath author told Israel’s Channel 2 News that he had exposed a toxic brew of Jew hatred in Palestinian society, masquerading behind purported human-rights activities.

At first, B’Tselem, in a statement noted by the Washington Free Beacon said that they “addressed the matter with Atef, who categorically denies the accusations and states that it is a falsehood and a misrepresentation of the interaction, designed to damage B’Tselem.”

“Atef stated that he was translating a conversation between a Palestinian resident and the author, and B’Tselem should be given the full footage from the entire interview, which will prove the claims against him are lies,” said spokesperson Sarit Michaeli.

“B’Tselem asked Channel 2 for the full footage and was refused. The release of only a short fragment of a long interview, and the refusal to make the rest of the footage available, raises deep suspicions and places the onus of proof on Channel 2 and the author.”

Tenenbom, in comment with the Free Beacon said that Michaeli “must have been on an [extra] dose of whisky to write this gibberish.”

“If B’Tselem really stands behind the words given to you, I challenge them to go to court and sue all of us for libel,” said Tenenbom.

However, the organization, in a statement on their Hebrew-only Facebook page, noted by blogger Elder of Ziyon, said on Sunday morning, that, “…we would like to correct our response on this matter, which was given in good faith and make it clear that, in point of fact, a B’Tzelem employee did make the comments in question, which we reject with disgust and revulsion.”

“Keep in mind that these are the kinds of researchers B’Tselem relies on to tell them the truth about what is going on in Gaza. B’Tselem is one of the organizations that the UN relied on for statistics of how many ‘civilians’ were killed in the war over the summer,” Elder of Ziyon commented. “If B’Tselem doesn’t fire Abu Roub, and soon, it tells us more about B’Tselem than about Abu Roub.”

Tenenbom said, “Atef continued his holocaust denial by faulting the media for coming up with this story,” and added that the footage will be included in a Swiss documentary Tenenbom: The Movie, which is slated for release later this year.

The Tel Aviv-born Tenenbom spent time with the various left-wing Israeli and foreign agitators in the West Bank and asked them to educate him about the plight of the “Palestinians,” according to Prof. Seven Plaut, of the Faculty of Management at the University of Haifa, speaking with The Algemeiner.

Tenenbom “turned the results into a book, ‘Catch the Jew,'” a “hilarious and at the same time highly revealing [account] of the sorts of propagandists operating to undermine Israel and provide disinformation to the media,” Plaut noted.