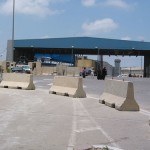 Israel on Friday uncovered a number of improvised explosive devices (IEDs) along its border with Gaza, foiling a possible devastating terror attack.

The IDF and Shin Bet security forces are conducting an investigation into the uncovered IEDs and believe that terrorists had planned a large-scale attack against Israeli soldiers along the Gaza border.