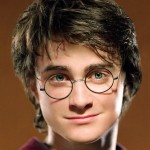 A letter signed by 343 British academics calling to boycott Israel appeared in the Guardian on Tuesday.

The letter was in response to a pro-Israel initiative last week backed by 150 writers, artists and musicians, including “Harry Potter” author JK Rowling.

The Israeli embassy in the UK responded to the British academics’ boycott ad, saying, “Boycott movements only aim to sow hatred and alienation between the sides, rather than promoting coexistence. The only path to advancing peace between Israelis and Palestinians passes through the negotiation room. Israel has called time and again for the renewal of talks immediately, without any preconditions.

“Those who call for a boycott against Israel during a month which saw 45 stabbing attacks – in which more than 100 Israelis were wounded, and 10 were murdered – blatantly ignore the lives of Israelis, and the conditions necessary for peace.”

She added, “I believe strongly that cultural dialogue and collaboration is more important than ever before and that cultural boycotts are divisive, discriminatory and counter-productive.”