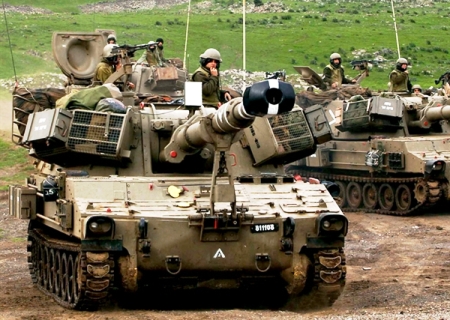 Also on Tuesday, the Israel Defense Forces (IDF) began a pre-planned two-day drill in the Golan Heights involving security and emergency forces, according to Israel Hayom.

U.S. Secretary of State John Kerry, referring to Syrian President Bashar al-Assad’s reported use of chemical weapons on civilians in an Aug. 21 attack in eastern neighborhoods of Damascus that killed more than 1,300 people, said Monday, “The indiscriminate slaughter of civilians, the killing of women and children and innocent bystanders by chemical weapons is a moral obscenity. By any standard, it is inexcusable and-despite the excuses and equivocations that some have manufactured-it is undeniable.”

“This international norm cannot be violated without consequences,” Kerry added.

In light of the situation in Syria, there has been a marked increase in demand by Israelis for gas masks. Due to an overwhelming number of phone calls on Monday, the Israel Postal Company, which is responsible for distributing gas masks, said Israelis could also use its website to register to receive gas masks.

Meanwhile, Patriot anti-missile batteries in Haifa were put on alert and aimed toward the north.