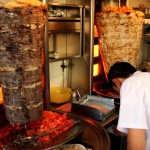 Israel is the sixth-healthiest country in the world and is the only Middle Eastern country in the top 10, according to recent world health rankings by media outlet Bloomberg and reported in British newspaper The Independent.

The rankings, which compiled data from the United Nations, the World Bank and the World Health Organization, placed Singapore in first place of 145 countries, with a “health grade” of 89.45 percent.

Italy came in second, followed by Australia, Switzerland and Japan. After Israel came Spain, the Netherlands, Sweden and Germany.

In last place was Swaziland, with a health grade of only 0.26 percent.

The rankings were determined using a points system for positive and negative indicators of health, including life expectancy from birth, smoking rates among young people, and immunization rates.