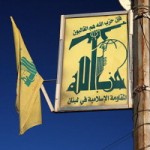 A report by the Syrian opposition news website Al-Souria Net said that eight Hezbollah fighters and five Syrian soldiers were killed in the raids.

The Qalamoun area is a major area of weapons transfers between Hezbollah and the Syrian regime.

Israel also reportedly carried out airstrikes near the Damascus airport on Nov. 11. Those strikes targeted weapons shipments intended for Hezbollah.

Amid the latest Israeli strikes, the tense situation in Syria continued to escalate on Tuesday, with Turkish F-16s shooting down a Russian Su-24 fighter jet along the Turkish-Syrian border.

Russian President Vladimir Putin said the Su-24 aircraft was flying over Syrian airspace when the plane was hit, but Turkish officials said the plane violated Turkey’s airspace. Putin said the the move by NATO member Turkey would have “serious consequences” for Russia-Turkey relations.