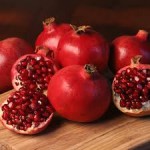 By Anav Silverman
For the nearly 23 years, relations between Indian and Israel have progressed rapidly, both politically, commercially, in sciences and culture and particularly in the area of agriculture since the two countries entered full diplomatic relations in 1992.

In its mission to transition to sustainable agriculture and diversity its food sources, India has been utilizing Israeli technology. Recently, an Israeli expert from the Ministry of Agriculture, Itzhak Kosto, held a two-day ‘Pomegranate Seminar’ at the Center of Excellence for Fruits at Mangeana in Sirsa, bordering Punjab, which concluded on August 27. The center is one of the 20 Indo-Israeli agriculture centers in the country that utilizes Israeli technology to solve agricultural issues. Kosto spoke about supplying fertilizers to plants through drip irrigation as well as pest and disease management, and other solutions with local farmers and scientists.

While India grows one-third of the world’s pomegranates and is the largest producer in the world, only 3 percent of its fruit is exported. Israel on the other hand, produces 60,000 metric tons of pomegranates and exports nearly half it because of the high quality of Israeli pomegranates.

“We’re here to train the trainers…We’re trying to adapt Israeli technology to Indian conditions and we are sure that we will get good results,” explained Kosto according to a report in the Business Standard.

In addition, Israel is also planning to set up another “a center of excellence” for technological solutions to agricultural issues in Goa in the West Indian region of Konkan. Israel’s consul general in Mumbai, Davik Akov told Indo-Asian News Service recently that Israel already will be assisting in creating such a center in Goa.

“We believe that Israeli technology can assist certain areas of interest to Goa, like agriculture and maybe once we look in-depth, we can start looking at other areas of cooperation between Israel and Goa,” Akov added. By March 25, 2015, Israel will have set 29 such technological centers assisting Indian farmers in improved production of fruits and vegetables, under a mutual cooperation agreement signed between the two countries.

In other related news, a massive pro-Israel rally was recently held in India on August 16 during Operation Protective Edge, with 20,000 Hindus, Sikhs and Buddhists united together carrying pro-Israel banners and marching through the streets of Kolkata, the capital of the Indian state of West Bengal. Described as the biggest pro-Israel, anti-terrorist rally in years, the event was organized by the political movement known as Hindu Samhati, a Hindu nationalist party. Community leaders at the protest spoke for Israel’s right to defend itself against Hamas.

“The destiny of both India and Israel as thriving democracies are intertwined. We both share the same values,” said rally organizer Tapan Ghosh.