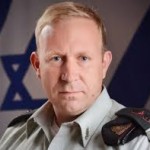 The Israeli military is gearing up for UN investigations that could result in war-crimes allegations. The army has beefed up its legal staff, is conducting internal investigations of its wartime actions in Gaza, and has prepared a detailed PR campaign of satellite photos and video clips – hoping to persuade the world that its war against Hamas was justified. “We operate within the rules and regulations under the laws of war,” said Lt. Col. Peter Lerner, a military spokesman.

Israel argues that the heavy civilian death toll in Gaza is Hamas’ fault, accusing the militant group of launching rockets – and drawing retaliation – from schoolyards, residential areas and mosques.

During the fighting, the army says it had a team of legal experts reviewing operations, and often approving attacks after determining they met international laws of war.