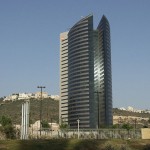 After a day without power, electricity was restored to some 70,000 Gazans when the Israeli government gave the Israel Electric Corporation (IEC) the green light to repair a high-power line that had been damaged by a rocket on Saturday, Israel Hayom reported.

The Israel Defense Forces (IDF) said that one of the rockets fired by Gaza terrorists Sunday night “hit an electricity infrastructure in Israel that supplied electricity to the Gaza Strip, causing a power outage to some 70,000 Gaza civilians.”

IEC employees dispatched to repair the damage were accompanied by IDF soldiers and outfitted with bulletproof vests. They wore special helmets to minimize the threat of shrapnel injuries.