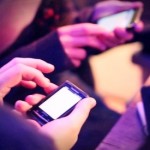 Israeli Prime Minister Bibi Netanyahu told the Knesset Foreign Affairs and Defense Committee on Monday that the government is developing an emergency smartphone application that would allow anyone to notify security forces immediately in the event of a terror attack.

“We will develop an application for all citizens, for free of course. Anyone who has a mobile phone—which is everyone —will be able to press a button that will immediately send a trace of his location to security forces. This will allow the forces to intervene quickly in Jerusalem and all Israeli cities,” Netanyahu said, as translated from the Ma’ariv newspaper.

In addition, the Hebrew edition of Yediot Achronot quoted Netanyahu as saying, “Since the beginning of the [current] terror wave, the Israeli security cabinet has held eight discussions. We are acting to de-escalate the sensitive explosiveness of the Temple Mount in order to reduce the level of violence.”