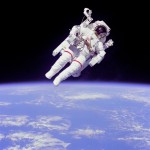 Israel has been accepted into the United Nations Committee on the Peaceful Uses of Outer Space (COPUOS) despite an Arab attempt to thwart the Jewish state’s membership.

On Thursday, 117 U.N. member states supported Israel’s bid, with 21 countries—largely Muslim-majority states—abstaining and one country voting against. Syria, home to an ongoing civil war that has claimed the lives of more than 200,000 people, attempted to block Israel’s bid by forcing a vote on Israel’s acceptance, claiming that Israel is attempting to militarize space.

“Israel, with over 30 years of activity in space, has much to offer COPUOS,” said U.S. diplomat David Pressman, Fox News reported. “It has collaborated internationally with many space agencies, including the United States’ own NASA. And to suggest that their intentions are not peaceful is to perpetuate an inflammatory claim designed to advance an agenda that is something other than advancing the important technical work of COPUOS.”

On Oct. 13, Israel and NASA signed an agreement to expand cooperation in civil space activities.