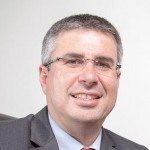 “Our feeling is that the current campaign will be very successful and will yield revenues worth billions for the state coffers, because as well as our intensive activities to uncover unreported capital in the projects that we are currently implementing, there is also a worldwide trend to uncover bank accounts and transfer information among the world’s various tax authorities,” Asher told Globes.

Asher told Globes, “If we put together all the changes around the world including FATCA and OECD measures that promote operations against unreported capital, the bilateral covenant for exchanging banking information, as well as the changes that have taken place in the Swiss banking system – we find ourselves in a situation where the global trend is similar to the Israel Tax Authority campaign, which is to uncover unreported capital and account for it. Together with these operations, among other things, hundreds of thousands of letters have been sent to taxpayers around the country asking them to disclose their assets and there are criminal and civil investigations being conducted – there is a situation here that will bring about according to our estimates, more voluntary disclosures in major areas than we have recorded in the past.”

Asher added, “The message must be that people who have unreported revenue are advised to take up the voluntary disclosure procedure because in any event we’ll get everyone sooner or later. Not everyone has taken advantage of the instructions issued to them in 2012 on the campaign for voluntary disclosure and in our pipeline there are many criminal investigations following information received from abroad during the previous campaign, and those people for whom this information is relevant can expect criminal proceedings from the investigations and indictments.”