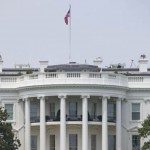 The Islamic State has warned the United States that it plans to attack America and raise “the flag of Allah in the White House.”

“I say to America that the Islamic caliphate has been established,” Abu Mosa, a spokesman for the terror group, also known as ISIS, told Vice Media in a video interview posted online Thursday.

“Don’t be cowards and attack us with drones. Instead send your soldiers, the ones we humiliated in Iraq. We will humiliate them everywhere, God willing, and we will raise the flag of Allah in the White House.”

The nine-minute video is the first of a five-part series from Vice Media after reporter Medyan Dairieh spent three weeks embedded with ISIS fighters, gaining unprecedented access to the terror group. CLICK HERE TO WATCH THE VIDEO.