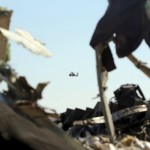 The U.S. intelligence community intercepted a signal from ISIS-affiliated group in the Sinai Peninsula before a Russian jet crashed there on Saturday that warned of “something big in the area,” an adviser familiar with the U.S. intelligence told The Daily Beast.

The adviser said a call was made between members of Wilayat Sinai, which a U.S. official called one of the “most potent” branches of ISIS. The conversation did not mention downing an airplane, the adviser said, adding that he could not say when the call was made.

Despite the vagueness of the message, the Department of Homeland Security said Friday it will “enhance” security measures for commercial flights entering the U.S. from overseas. The U.S. has not flown into Sinai since March. Read more.