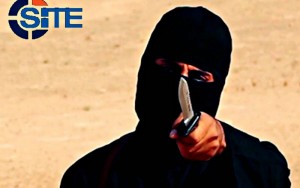 ISIS confirmed that the man known as Jihadi John was killed on November 12th 2015 in the latest issue of its Dabiqmagazine, Katie Zavadski reports for the Daily Beast.

U.S. intelligence officials said in November that they believed a Friday drone strike hit the man believed to be Mohammed Emwazi. In its article highlighting the most famous jihadi’s death, ISIS referred to him as Abū Muhārib al-Muhājir.

The masked figure dubbed Jihadi John skyrocketed to worldwide infamy after he appeared in the execution video of American journalist James Foley. He is also believed to have executed Americans Steven Sotloff and Peter Kassig, as well as other western hostages.

“A side of Abū Muhārib that wasn’t witnessed except by those who knew him was his mercy, kindness, and gener-osity towards the believers, his protective jealousy for Islam and its people, and his affection towards the orphans,” the obituary read.