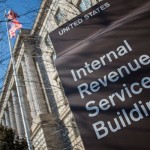 “[The Treasury Inspector General for Tax Administration] identified that because of a programming error, over $27 million of refunds were erroneously issued for 13,043 Tax Year 2013 tax returns,” the audit stated, The Washington Free Beacon reports.

In addition, the glitch caused the IRS to issue another $19 million in refunds that should have been flagged as potentially fraudulent, inspectors found.

“The programming error is overriding the IRS’s two-week processing delay on some refund tax returns that are identified by the IRS as potentially fraudulent,” the audit determined.

The internal audit blamed “ineffective monitoring” for the error, The Washington Examiner reports.

“We forecast that over five years the IRS could issue $135 million in potentially erroneous refunds due to this programming error,” the inspectors wrote, the Examiner reports.

“We didn’t need another reminder that the IRS is mired in incompetence and mismanagement, but we got it anyway,” the Tennessee Republican said in a statement.

“It is abundantly clear that Commissioner John Koskinen has failed in his duty to restore trust at the IRS and must be replaced, but Congress is not guiltless either,” Black added in her statement, the Examiner reports.

“Just last week, my colleagues voted over my objections to give this bureaucracy another $290 million in the bloated omnibus bill.”

“Only in Washington is this kind of ineptitude rewarded with a bigger check,” she concluded.

“Taxpayers have every right to be outraged by the dysfunction at the IRS — I know I am.”