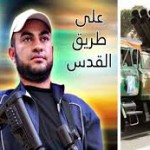 The new Iranian-backed Al-Sabireen group, comprised mostly of former members of Palestinian Islamic Jihad, has about 400 followers in Gaza.
One of its top military commanders, Ahmed Sharif Al-Sarhi, was shot and killed two weeks ago by the Israel Defense Forces.

Palestinian sources said Iran has been supplying Al-Sabireen with new types of weapons to attack Israel. According to the sources, Al-Sarhi was killed while trying to fire a new Steyr HS .50 long-range sniper rifle he had recently received from the Iranians.

The Iranians are also believed to have supplied the group with Grad and Fajr missiles capable of reaching Tel Aviv.