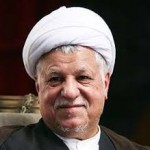 The head of Iran’s military dismissed a suggestion by a former president that the Islamic Republic would eliminate the position of supreme leader.

Hashemi Rafsanjani, a former president and an influential member of the Assembly of Experts (a group of Islamic theologians charged with electing the supreme leader), recently suggested that Iran could choose a council of leaders instead of a single supreme leader who rules for life, Reuters reported.

“We never had council of leaders in history or a council that commands the army,” said Hassan Firouzabadi, chief of staff of Iran’s military, the Fars News Agency reported.

“All the plots have failed, now they have resorted to the new trick of a council of leaders…to undermine our progressive and stable leadership….If the leadership becomes a council the country would suffer. And our strong unity against America, Zionists, and imperial enemies would collapse,” Firouzabad added.

Iran is set to hold elections for the Assembly of Experts in February.

Rafsanjani and Iranian President Hassan Rouhani have sought to capitalize on their popularity from the nuclear agreement with world powers by winning a majority in the assembly.

It is widely believed that the next assembly will choose a successor to Supreme Leader Ayatollah Ali Khamenei, who is 76.