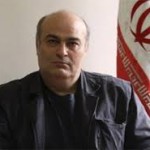 Iranian-Jewish Member of Parliament Siamak Moreh Sedgh, who is the only Jew in Iran’s legislature, compared Israel’s airstrikes on the Gaza Strip in response to Hamas rocket attacks to the actions of the Nazis.

“The Zionist regime’s crimes are reminiscent of the actions taken by the German Nazis during the first and second world wars,” Sedgh said, according to Iran’s Fars News Agency. He also compared Israel’s actions to Saddam Hussein’s persecution of Shi’ite Muslims.

Sedgh has not voiced similar criticism. In 2010, he told Russia Today that “Jews are safe in Iran.” This month, however, Iranian television aired an interview in which Tehran University professor Vali­ol­lah Naghipour­far claimed that Jews use sorcery against the Islamic state.