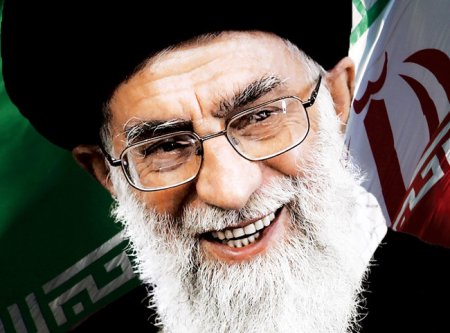 Iran is ramping up its threats to the United States even as the American effort against Iranian client state Syria has ground to a crawl.

President Obama made his case to the American people and the world community Tuesday night that Syrian dictator Bashar al-Assad must not be allowed to escape the consequences of using chemical weapons on civilians as the two-year-long Syrian civil war drags on.

Iran, a staunch ally of the Assad regime, is warning that any military action against Syria will cause a military and terrorist reaction on U.S. targets and allies.

Despite overwhelming evidence from the horrific August 21 sarin gas attack that killed more than 1,400 civilians, hundreds of them children, Iran says it won’t sit idly by if the U.S. attacks Syria.

For now, Obama said in an East Room address Tuesday night, he will delay any proposal to Congress authorizing a punitive strike if diplomatic efforts result in Syria agreeing to verifiable destruction of its chemical weapons cache. Obama warned that to not act against Syrian atrocities would give the green light to Iran to develop nuclear weapons and terrorists to use chemical weapons.

But if diplomacy fails, unintended consequences could result from a U.S. assault. Obama and Israeli Prime Minister Benjamin Netanyahu both should know that all options are on the table, including the destruction of Haifa and Tel Aviv, should the U.S. attack Syria, Iran has declared.

“Despite the analysis by some in the country (Iran),” Mashregh wrote, “the U.S. posture and its saber-rattling are just a psychological war against Syria. The fact is that the current military preparation of the (U.S.) enemy points to a military confrontation and today we are facing a complete security and military scenario.”

Mashregh said the most important part of this scenario is how Iran would respond to a limited attack on Syria. The goal of the American strategists is not to punish Syrian President Bashar Assad for the use of chemical weapons or even Russian President Vladimir Putin, a strong supporter of Syria, but rather to impose a “small military punishment” against Iran.

If Iran is going to respond to such U.S. aggression, “the response must be firm, decisive and powerful,” Mashregh said.

The Islamic regime’s supreme leader, Ayatollah Ali Khamenei, on Thursday warned that America was sure to “suffer loss” should it attack Syria.

The Wall Street Journal reported on Friday that the U.S. has intercepted messages from Iranian officials instructing Shiite militias to prepare to attack U.S. facilities in Iraq if America attacks Syria. A well-known Iraqi cleric, Sheikh Wathiq al-Battat, the leader of the Iraqi militant group “Jaysh Al-Mukhtar,” told Fars News Agency on Sunday that his group has 23,000 trained and armed militants to attack U.S. interests in Iraq and the Persian Gulf. He warned that any intervention by America in Syria will result in the group attacking U.S. interests and that “Syria will break America’s back.”

Read more at THE DAILY CALLER.

Leave a Reply to Lets remember, that.... Cancel reply